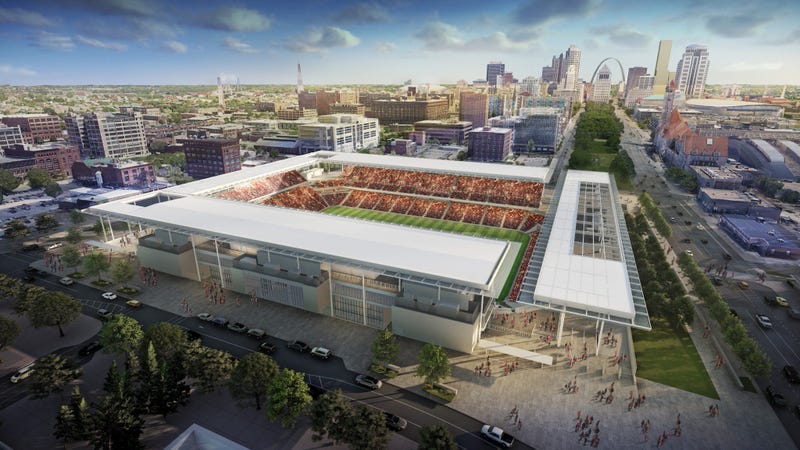 ST. LOUIS (KMOX) - The owners of St. Louis' new Major League Soccer franchise will be receiving some state aid to help build a soccer stadium in the city.

The Missouri Development Finance Board approved a package of incentives Tuesday, by a unanimous vote that would give the owners $5.7 million worth of tax credits to help fuel construction of the $458 million soccer complex in downtown west.

The ownership group's request for $30 million was shot down in December by Gov. Mike Parson's administration. They hope to have the stadium ready for the first game in March of 2022.

Construction workers have been busy on the site since early February.

Earlier this month, the head of St. Louis' MLS ownership group Carolyn Kindle Betz was in studio to lets us know that some big news would be coming soon.

She says they'll be announcing the team name, logo and more soon.

"We're hoping that it will come in the next couple weeks. Very soon," Kindle Betz says.