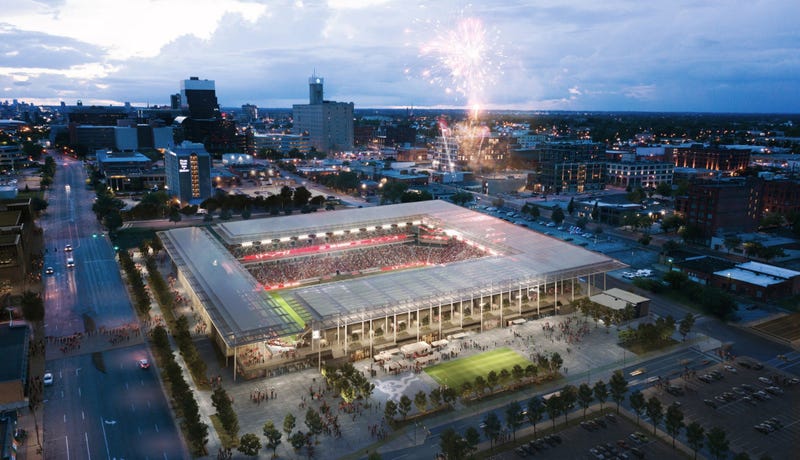 ST. LOUIS (KMOX) -- The legislation paving the way for an MLS stadium in downtown St. Louis is taking shape.The Board of Aldermen put finishing touches on two bills authorizing property tax abatements on the stadium and sales tax abatements on construction material, with final passage expected next week.  Ward 7 Alderman Jack Coatar, who represents much of downtown, says $450 million of the construction cost will be paid for by the investors."Both Enterprise, with the Taylor family, and World Wide Technology, with the Kavanaugh family, while they have a presence in the city they are county companies, and they are choosing to make their investment of their familes' money in downtown St. Louis," Koatar told KMOX following the votes. "I think it shows that they believe in downtown as business leaders and civic leaders, and we need to believe in ourselves."One proposal would abate stadium property taxes for 25 years, saving developers nearly $35 million. The other would give tax breaks on construction materials used, although it's so far unclear exactly how much that will save. Both measures are expected to pass at the BoA's next meeting on Friday, February 28th.Still to come -- a measure to approve an additional 1 cent sales tax for things sold at the stadium including food, drinks and merchandise -- and another 1 cent sales tax implemented by the Port Authority.Additional editing and reporting by Alex Degman© 2020 KMOX (Entercom). All rights reserved.