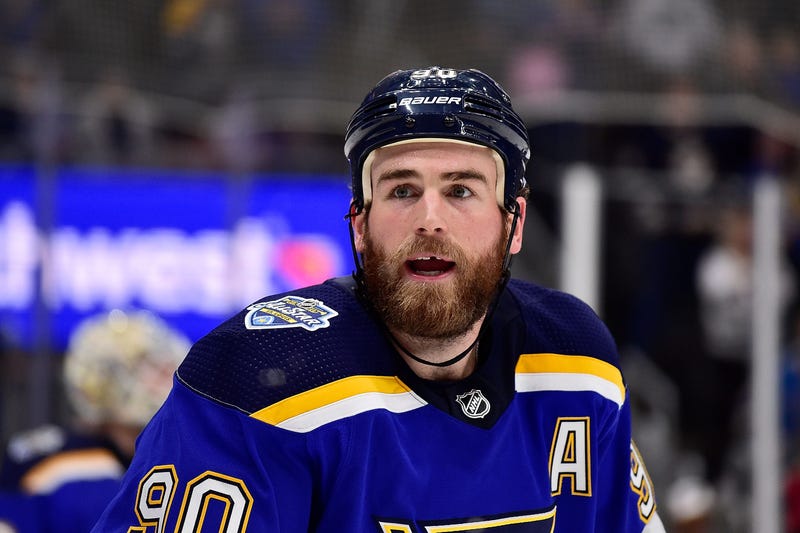 ST. LOUIS (KMOX) - If the front of his jersey hadn't been facing outwards when Ryan O'Reilly walked into the St. Louis Blues locker room, he says he may not have even noticed the new letter on his chest all game.

O'Reilly says no one told him he was going to have the "A" representing alternate captain for the Blues, but he told media after practice on Thursday that it's an honor for him.

The Blues had an opening for O'Reilly, due to the extended absence of forward Vladimir Tarasenko. Wednesday's win against the Minnesota Wild was the first game since Tarasenko had shoulder surgery. He will miss at least five months.

O'Reilly first had the "A" on his chest for Sunday's game in Detroit.

O’Reilly said he just showed up yesterday and the A was on his jersey. @jthom1 to Berube: You didn’t say anything or tell him?Berube [shrugging>: What am I gonna say?@Panger40 [helpfully>: “You have an A on your jersey.”#stlblues

O'Reilly was an alternate captain his entire time as a Buffalo Sabres forward. But since arriving in St. Louis the roles have been filled by captain Alex Pietrangelo and alternates Tarasenko and Alex Steen.

Blues head coach Craig Berube says he doesn't know if O'Reilly will wear the "A" for the entirety of Tarasenko's absence, or if he'll keep it when the Russian returns. He added that you don't have to wear a letter to be a leader, but obviously O'Reilly has been a leader for this team.

O'Reilly has also worn the "C" representing captain in international play, including the 2008 World U17 Hockey Challenge and in the 2009 IIHF World Championship for Team Canada. He also wore an "A" for his country in the 2018 IIHF World Hockey Championship.