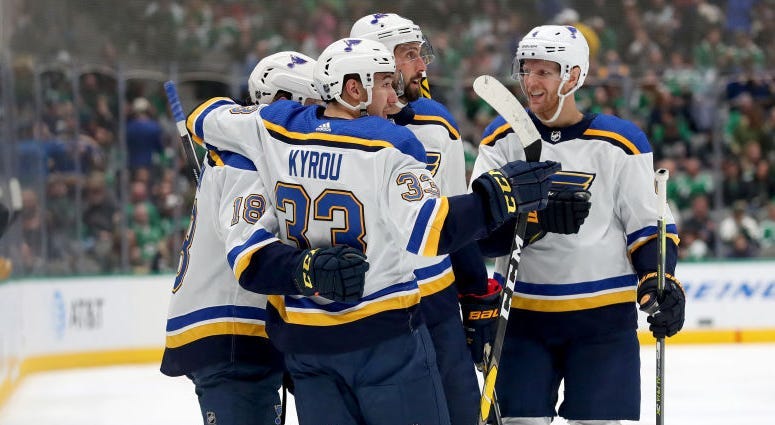 KANSAS CITY, Mo. (KMOX) - As the St. Louis Blues look for a new city to host their top minor-league affiliate, hockey fans in Kansas City are hoping they're looking their way.

The man known as Mr. Hockey in Kansas City believes there's a chance it could happen.

"Lamar Hunt Jr. currently is calling the shots in Kansas City as far as professional hockey goes," says McGannon. "We feel like we're in good hands. We would love to go to the next, AHL level. I think it's going to be a business decision between the Blues and the powers that be at that level if anything happens here."

McGannon says the Mavericks average 5,500 a game at their 5,800-seat arena in Independence and there would be plenty of fan and business support for the Blues farm team.

"There is a lot of hockey fans here that are St. Louis transplants. There are a lot of businesses that have corporate headquarters or a presence both in St. Louis and Kansas City," says McGannon.

The Kansas City Blues served as the Blues top minor-league affilate from 1967-1972 and from 1976-77. Such greats as Bernie Ferderko and Brian Sutter played there.

The Blues issued a statement when the Las Vegas Golden Knights purchased their current farm team in San Antoio, saying only that they are actively looking for a replacement. We haven't heard back from Hunt on his potential interest.