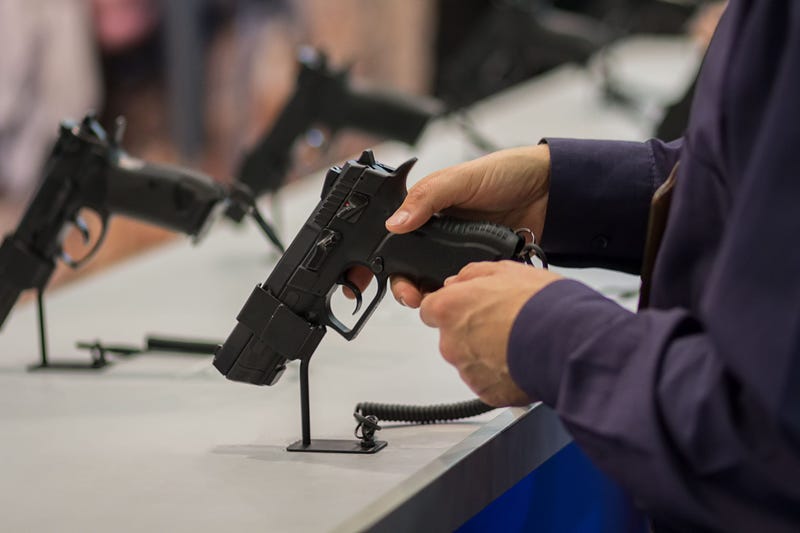 ST. LOUIS (KMOX) - People convicted of domestic abuse – or under a restraining order for domestic abuse – would no longer be able to carry concealed guns, under proposals pending in St. Louis City and County.

County Executive Sam Page sent a letter to the council Friday, asking them to pass a law prohibiting domestic abusers from carrying a concealed firearm.

"Two of the significant public safety challenges facing St. Louis County are crimes involving guns and domestic violence," Page writes, "This proposed legislation would address both at once by banning domestic abusers from carrying concealed weapons."

Meanwhile, the St. Louis Board of Aldermen is considering a similar bill, sponsored by Alderwoman Christine Ingrassia. Ingrassia says it's not just a hypothetical argument to suggest that domestic abusers may later harm someone with a gun.

"There was at least one situation (in St. Louis) where the partner of a woman was charged with killing her with a gun after he had already been charged with a domestic violence charge," Ingrassia said.

County Executive Page says in his letter to the council that he thinks such a law could withstand a court challenge.

"The County Counselor has assured me that state law permits St. Louis County to regulate guns in this manner," Page said.

A similar law passed in Kansas City in November.