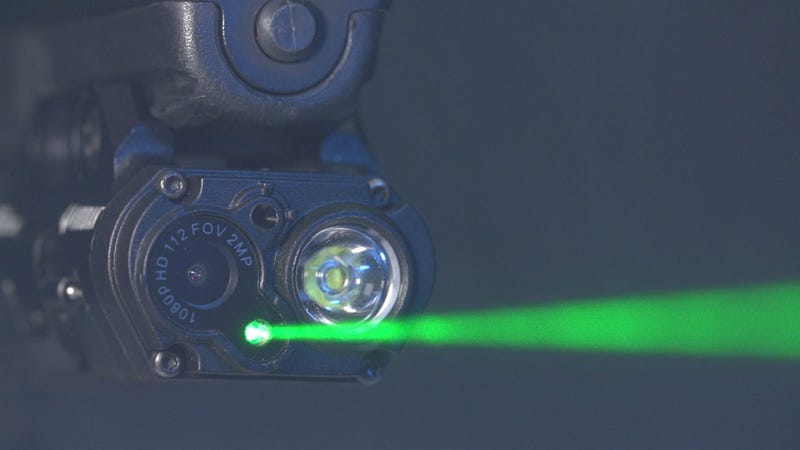 ST. LOUIS (KMOX) - Police body cameras are a big discussion for many police departments nationwide and the Salem, Ill. police have found a solution to the high cost of data storage.

It's gun camera, attached to officer's service weapon, that activates whenever the gun is un-holstered.

Salem Police Chief Sean Reynolds tells KMOX, "from shooting at the range, to vehicle stops, and of course these are all mock scenarios. Building searches and anything low light, no light, bright light, that you can think of, we fired the weapon with the camera attached,  to see what the video, audio and then the flashlight that is incorporated with this camera system and how it worked and we were very impressed with the product."

The department is now using the FACT Duty Weapon-Mounted Camera from Viridian Weapon Technologies with all of its officers.

The price of police body cameras is what has made the equipment impossible for some law enforcment agencies. KMOX spoke with police from the City of St. Louis, St. Charles County and Madison County, who all said the is what prevents them from having cameras.

Reynolds says the typical cost for one weapon-mounted cam is about $800 over a five year period. That's compared to a body cam, which would be about $10,000 per year, Reynolds says.

Brian Hedeen's motivation for the camera came following the unrest in Ferguson. Hedeen says they had the technology "that would allow the lasers to turn on automatically when they (guns) were drawn from the holster."