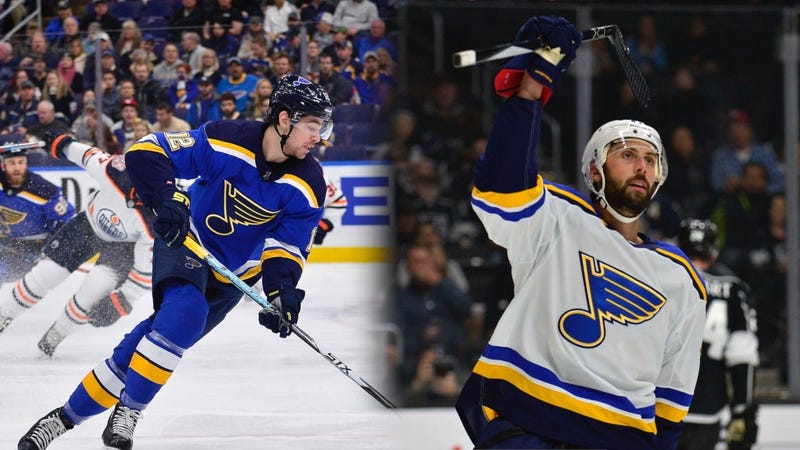 ST. LOUIS (KMOX) - They saying winning can cure most ailments in sports. It's one thing that may have helped mend the relationship of a couple of St. Louis Blues teammates.

"We've found this energy and this good vibe in our locker room which I think carries us through on some nights," Blues defenseman Robert Bortuzzo said, who joined radio color commentator Joey Vitale on "The Late Shift" Monday night.

But there was a time when the Blues locker room may not have been the most welcoming place – like during the stretch in last November and early December when St. Louis had lost eight of 11 games. They were 11 points out of a playoff spot and rumors flew of trading away big pieces on this team, including its captain Alex Pietrangelo.

Then Bortuzzo dropped gloves in practice on Dec. 10 with teammate Zach Sanford.

That's why Monday night's goal scored by Sanford, with the assist from Bortuzzo, in a 3-1 victory over the Vegas Golden Knights was a big moment. Vitale asked Bortuzzo about what hooking up for that goal on Monday night meant to him, considering the practice fight earlier in the year.

"It's something that happens in our game. It's nothing I'm proud of and something that I don't want to be doing," Bortuzzo says. "But it had nothing to do with (Sanford). We're good friends and it was just a sequence of events that led to something unfortunate.

"Couldn't be happier for him ... It's just nice to see him having a ton of success. He's going to be playing in this league for a long time."

Sanford has six point in his last six games for the Blues, with a goal and five assists. Bortuzzo says they've put the "nonsense behind us."

You can watch the full conversation on Facebook, the questions about the fight come at the 2:20 mark:

He also talks about what his family has meant to his hockey career, his history between he and Vitale as teammates in the Pittsburgh organization and an explanation to why "Gloria" has become the Blues winning song.