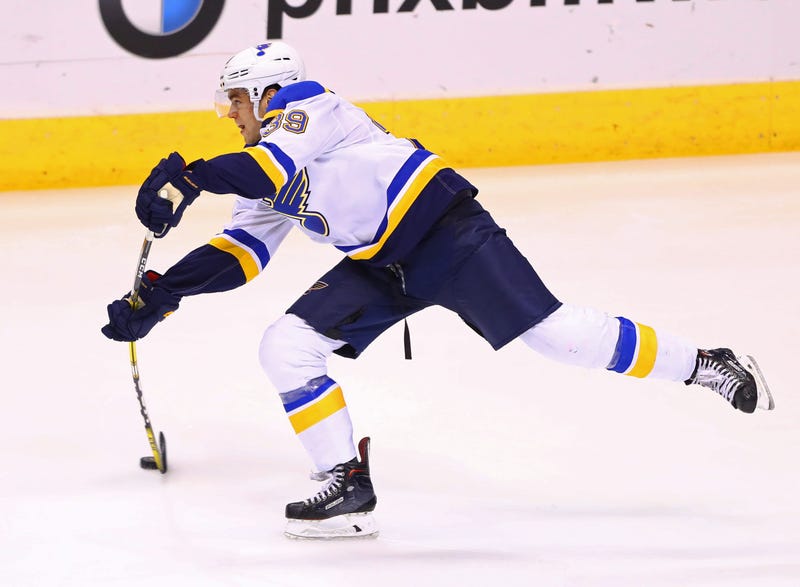 ST. LOUIS (KMOX) - Defense seems to be an area of depth and expertise for the St. Louis Blues lately. Parayko is locked up, Edmundson should be extended, Dunn is blossoming into an offensive weapon, and Pietrangelo and Bortuzzo are mainstays. But with the upcoming free agent status of Bouwmeester and Gunnarsson, what will happen to the depth for this team?

The undrafted free agent from Michigan Tech who was signed during the 2017-18 season, played a game in the NHL that season.

He now has set a franchise record in the AHL.

Related: What are Jordan Binnington's chances for NHL Rookie of the Year Award

Back in the 06-07 season, when the Rampage was the affiliate for the Phoenix Coyotes, rookie Keith Yandle put up 33 points in 69 games to set a record for points by a defenseman in an AHL season. Twelve year later, it's a Blues defenseman surpassing that by four points in 11 fewer games and setting a new franchise record.

Reinke has placed his name on the "prospect to watch list" for the Blues this season after posting eight goals and 29 assists for the Rampage. He joined Chili's Week in Hockey last night and said the credit is all on his teammates. He said that offense has always been an element to his game but he has worked hard this season with his coaches on getting set-up in the right position and finding his teammates' sticks. Guys like Jordan Kyrou and Jordan Nolan have benefited from Reinke's performance, but it's Mitch who is making a name for himself.

San Antonio may be at the bottom of their division in the AHL, but Reinke said he feels the team's season is about to break through.

He's in the conversation, along with many, as another mobile defenseman who can bring offensive expertise to the St. Louis roster. Not bad for a guy who was playing in the USHL one season ago.​