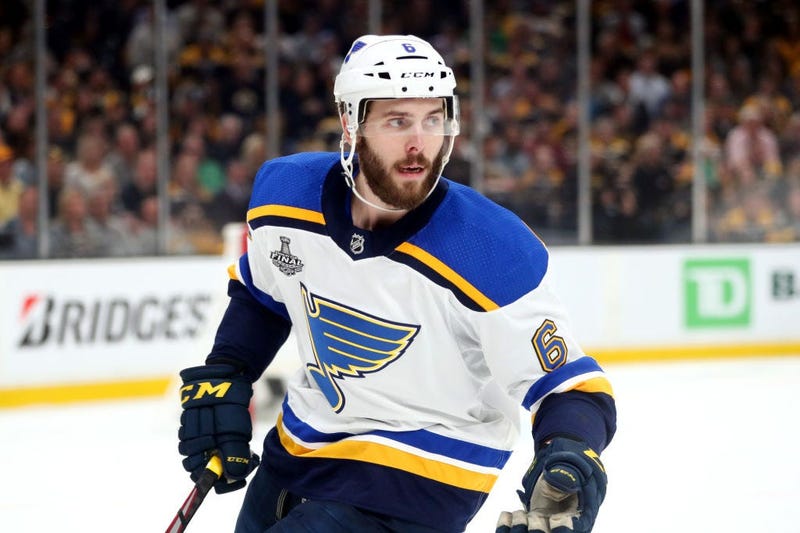 Last season, he made $3 million and will the fourth highest-paid defenseman on the Blues roster this season, behind Alex Pietrangelo, Colton Parayko and Jay Bouwmeester.

"We are happy to have Joel under contract for next season,” said Armstrong.  “He is an important part of our defensive unit and we are looking forward to another successful year.”

#BreakingNewsEdmundson has been awarded a one-year contract worth $3.1 million at arbitration. The #STLBlues offered him $2.3M after Edmundson asked for $4.2M pic.twitter.com/YzgSLN1nr7

The last unsigned restricted free agent for the Blues is forward Ivan Barbashev.

A native of Brandon, Manitoba, Edmundson was originally drafted by the Blues in the second round, 46th overall, of the 2011 NHL Entry Draft.  In four NHL seasons, he has totaled 52 points (13 goals, 39 assists) and 248 penalty minutes in 269 regular-season games.