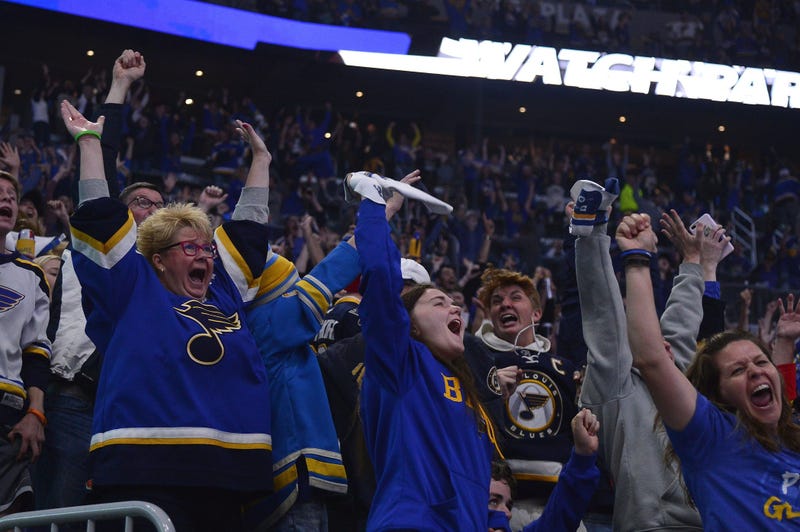 ST. LOUIS (KMOX) - If you didn't realize it yet, St. Louis has been going hockey-crazy ever since the St. Louis Blues historic Stanley Cup victory and now it's showing in next season's ticket sales. The Blues say season-ticket packages are selling the "fastest in the 25-year history" of Enterprise Center (Previously named Kiel Center, Savvis Center and Scottrade Center).

Single-game tickets don't got on sale for home Blues games until August 23, so right now, the only way to guarantee yourself a seat at the home opener and banner-raising ceremony is to snag a season-ticket package. But there's only limited options for packages available, according to NHL.com.

"Remaining areas include the American Eagle Credit Union Terrace, Scott Credit Union Rinkside Seats and Loaded Value Glass Seats (Rows C & D). Each of these areas include all-inclusive food and drink or loaded value on the tickets, which allows fans to choose which concession stand to visit," states the Blues website.

Because of the demand, the Blues have begun a season-ticket waiting list for the first time in franchise history. It's like they're the Green Bay Packers or something.

Besides the first Stanley Cup victory in Blues history, there are a number of renovations happening this summer at Enterprise Center that has fans excited. Including new gathering spaces, upgraded seating areas and new escalators that will be completed this year.