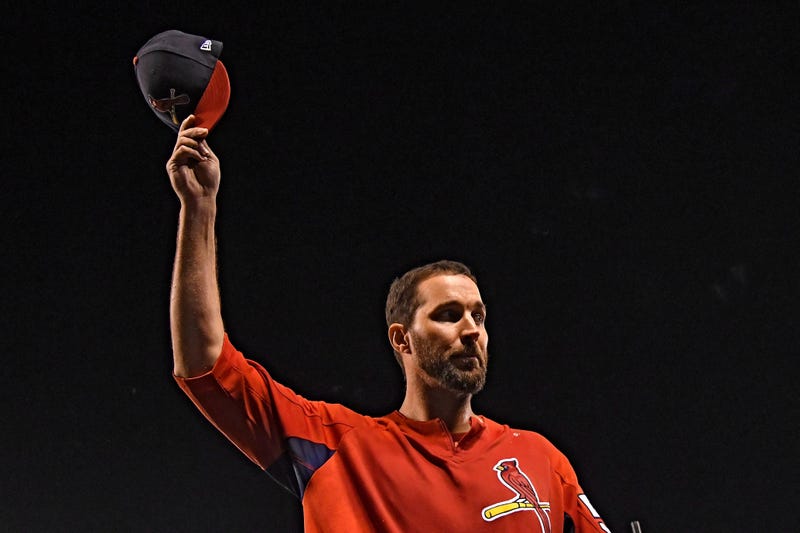 At 37-year-old, even the non-stop Mr. Positive himself had thoughts of hanging up his glove for good.

"I tried to stay positive and just be up beat and just trust that my work was going to work and I was going to be able to come back," Wainwright says. "But if I'm being honest, looking back on it, I fully intended to not be able to pitch at all at the end of that season and for that to be it.

Wainwright told our Chris Hrabe and Mike Claiborne on Wednesday's Cardinals Countdown to Opening Day show he even had a conversation with president of baseball operations John Mozeliak about his expected retirement.

"I told him at some point, 'If I come back healthy and can compete, I really want to play again next year,'" Wainwright says. "But if I don't and this is the way it's going to be then I'm walking away and I'm walking away satisfied, knowing I did everything I possibly could. And he said, 'Understood.'"

Before Wainwright began his rehab starts, in which he threw 22 innings of shutout baseball in starts against single-, double- and triple-A oppoents, there were few people who believed he was coming back in 2019.

"Because man it just didn't look very good, it was just hard. It was real hard for me to go out there and compete," Wainwright says.

But then he started throwing up zeros in the minors. The Cardinals won three of his final four starts of 2018. He threw at least five innings in each of his four September starts, striking out 25 and allowing 12 runs in 22.1 innings.

As for 2019, he plans to go into spring training and win himself a spot in the Cardinals starting rotation. Which won't be easy when you look