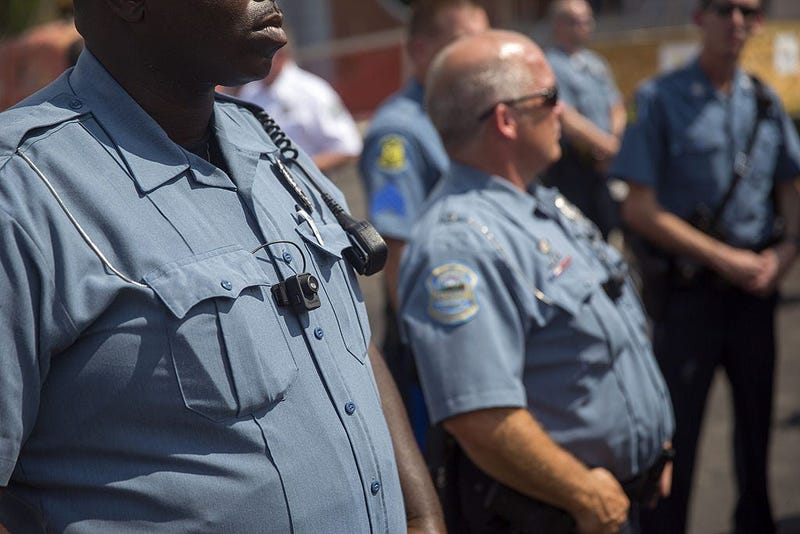 ST. LOUIS (KMOX) updated after Tuesday's vote - St. Louis County Police will get body cameras by the end of the year.

The vote during Tuesday night's County Council meeting was unanimous to approve a five-year contract for not just body cameras, but also dashboard cams, and cloud storage.

The council also approved an expansion of Shot Spotter technology in Spanish Lake.

St. Louis County could be next to get police body cameras, depending on how a big vote goes Tuesday.

County Council members appear to support body cameras and are expected to approve the plan this afternoon. Last week, they unanimously gave tentative approval to the contract, for both cameras and video storage.

Police chief Jon Belmar says the five-year deal will mean the county will get brand-new, up-to-date equipment halfway though the plan.

The cost is set to be $1.3 million per year for a total of $5.15 million. The biggest expense with these is usually the data storage. Belmar says St. Louis County will pay the company to store it, instead of taxpayers spending millions to build a data center.

Last month, there were protests in South Bend, Ind. after police body cameras were turned off during a police shooting there.

In St. Louis County, police chief Jon Belmar says the cameras they're buying will turn themselves on in certain situations. But the officer is also able then turn the camera off, if there isn't a crime and privacy needs to be protected.

"I belive, we believe, the St. Louis County Police Department believes, that we owe a transparency piece to our public," Belmar says.

The City of St. Louis still doesn't have police body cameras, mainly because the police union had concerns. Aldermen fought over which program to use and the mayor's office said there wasn't money in the budget for all the hidden costs of data storage.

In Madison County, Ill. the Sheriff's department also doesn't have body cameras, even though the state offered to pay to buy them. There are concerns about the cost of data storage and answering freedom of information requests for footage.