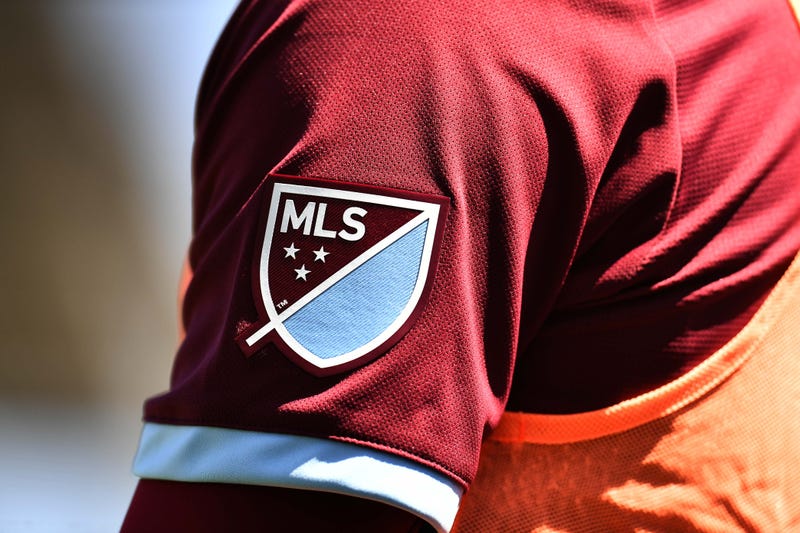 Will any of them put their companies' logo on the chest of our potential team's players? What about naming rights for the stadium proposed in Downtown West? Garber is emphasizing the importance of those being sold for St. Louis to get a team.

While we wait for official word from #MLS4TheLou on sponsorship deals, KMOX's Michael Calhoun talked with sports marketing consultant Doug Terfehr about who might be a good fit.

Looking across the league, most jersey sponsors seem to have simple logos, many with a local connection. For instance, Microsoft's Xbox is on the Seattle Sounders' jersey. In Minneapolis, it's the hometown Target bullseye.

What about for St. Louis?

Let's just make it happen. St. Louis Bread Co. on the home jerseys and Panera Bread on the away jerseys. Everybody in St. Louis wants it. #MLS4TheLou

There was a Twitter suggestion that Sunset Hills-based Panera Bread Co. sponsor 'St. Louis Bread Co' go on the home jerseys and 'Panera' on the aways.

"I just see that brand, who they target, their clean labels and all that.. they may be a good fit with soccer in general. It's a good idea because at least the brand isn't like 'wow why would that one want to get involved with MLS.'"

In our conversation this morning on Total Information AM, we also mentioned Purina, Square, and MasterCard as three local, consumer-oriented companies with distinctive yet simple logos.

But Terfehr wouldn't be surprised if the most interested parties are new-age services like Hulu, Grubhub or Uber.

"Things like that are as much of a smart investment from a jersey sponsorship or a stadium naming rights as a Frito-Lay or Coca-Cola, things we traditionally go to."

You may have noticed YouTube TV is sponsoring just about every big sports event these days.

"A St. Louis connection is always nice. We like it as consumers, we like it when it's something local but it doesn't necessarily have to act that way," he says, citing NBA sponsors Wish in Los Angeles and FitBit in Minnesota.

He also adds: "If they got a sponsor or a partner that wasn't based in St. Louis, I think that shows people still see St. Louis as a real opportunity."

Terfehr says more companies may be considering this type of marketing investment. He says sports activations are increasing in importance; the disruption of media consumption means few people watch anything live anymore.

He says the jersey sponsor, especially, can cultivate a certain loyalty among fans. He says the best reaction a brand can hope for is: "I already like this soccer team and now that this brand is a part of my soccer community, I'm going to make them a 'badge brand' for me as well."