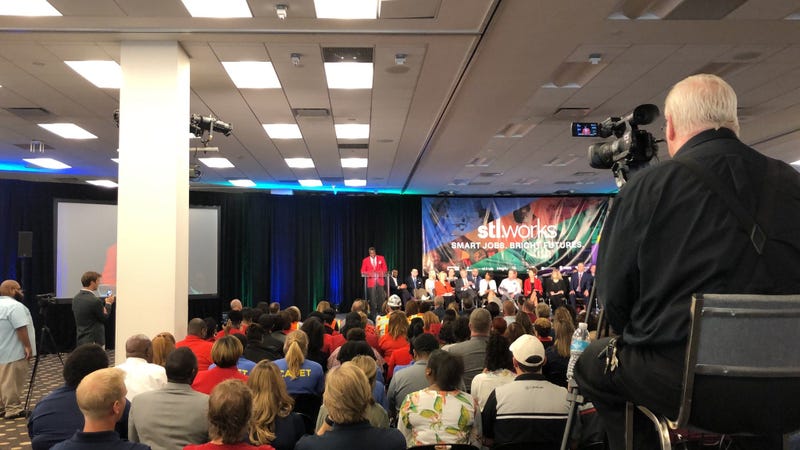 ST. LOUIS (KMOX) — There's a new effort to make St. Louis the 'go-to' site for companies who need workers with specific skills in areas like tech, healthcare, and manufacturing.

We've heard for years about the nationwide workforce shortage. It's definitely felt here in St. Louis, with four times as many jobs unfilled as there are job seekers.

'STL Works' is a new civic effort bringing big employers and big educators together. It's centered around a web portal that's a one-stop-shop for what jobs are available and how to get trained for them.

For example, at the debut event, BJC Healthcare Group President Sandra Van Trease says kids usually first think about being doctors and nurses, instead of "things you might not have thought about."

Scott Wittkop, President and COO of McCarthy, a construction firm, calls the region's economy "booming," but adds "one of the problems that booming economy is masking ... is a shortage of trained, craft labor."

Kathy Osborne with the Regional Business Council says 'STL Works' goes all-in on the education side of the equation, involving K-12 school districts, community colleges, and training programs like LaunchCode and Ranken.

"What we found is that we have a lot of the programs out there but we haven't connected the people to those programs. So we're going to announce a web portal which will have all the training programs available. It will be very easy to access.