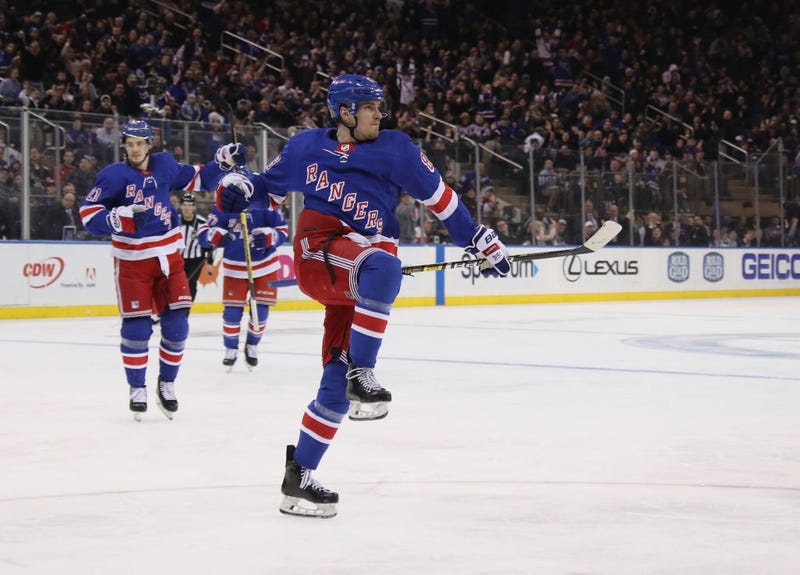 Buchnevich, 26, has played five seasons in the NHL with the Rangers, scoring 79 goals and tallying 116 assists in his career. He had a career-best 20 goals last year.

Buchnevich was originally drafted by the Rangers in the third round (No. 75 overall) of the 2013 NHL Draft.

He is a restricted free agent this offseason, coming off a two-year $6.5 million contract.

Blais was originally drafted by the Blues in the sixth round (No. 176 overall) of the 2014 NHL Draft.