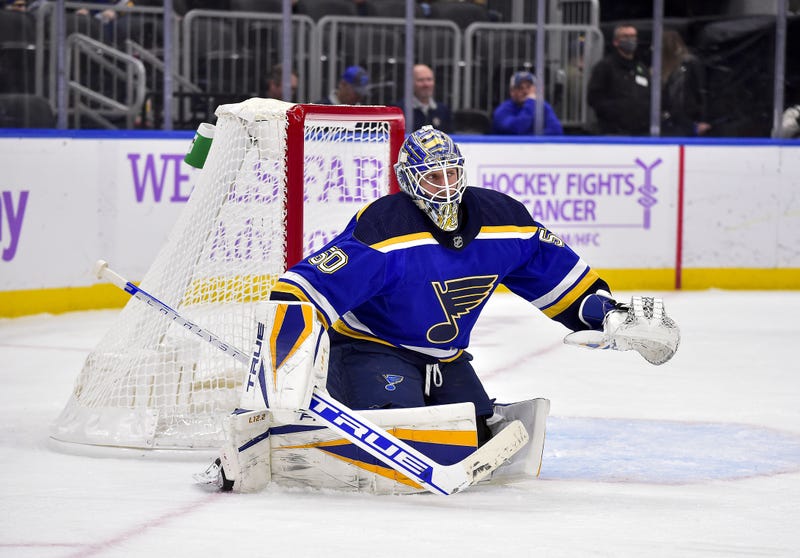 (KMOX) - The St. Louis Blues have temporarily lost another player due to COVID-19 this season. Starting goalie Jordan Binnington is the latest player placed on the COVID protocol list and the team says he tested positive for COVID-19.

Blues President of Hockey Operations and General Manager Doug Armstrong says the team won't call up another goalie Thursday's game against the Tampa Bay Lightning at 6 p.m. They will instead rely on the Tampa Bay emergency backup goalie Kyle Konin.

"He had a morning skate today with his beer league guys and he said he was on fire and ready to go. So we're excited to have him in here," Armstrong told media. "We hope he's a 60-minute cheerleader."

Lindgren, 27, has dressed in 10 games with Springfield this season, posting an 8-1-1 record along with a 2.16 goals-against average and a .925 save percentage.

The NHL has been facing some trouble with more players forced into COVID protocol. The New York Islanders had two games postponed this week due to six players landing on the list at one time.

The league announced it's cancelling all team holiday parties and other public events due to the recent outbreaks of COVID throughout the league.

This memo was sent to all 32 teams yesterday, effectively canceling all holiday parties, in addition to public engagements and events. pic.twitter.com/9dsrs3DeZc