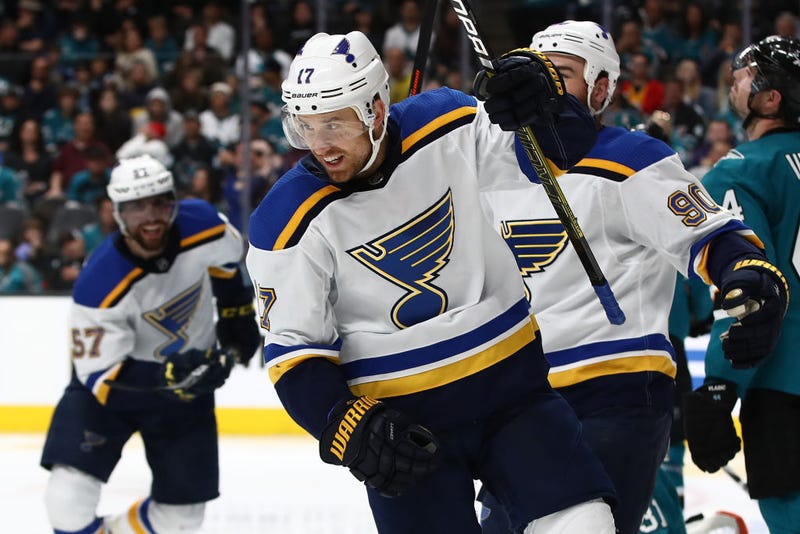 ST. LOUIS (KMOX) - St. Louis Blues and hockey fans are flooding social media with support for the family of forward Jaden Schwartz after his father's death.

Rick Schwartz died on Monday, according to a post by the Blues, who shared photos of him on past Dad's Trips the team hosted.

We are stunned and heartbroken to learn about Rick Schwartz's sudden passing yesterday. Our Dad's Trips will never be the same.

Our sincerest condolences go out to Jaden, Rylan, Carol and the entire Schwartz family at this time. #stlblues pic.twitter.com/nvYVpsJ1f2

"Rick and his wife, Carol, have been part of our family since Jaden was drafted to our team back in 2010. Rick was a frequent visitor to St. Louis, and I always enjoyed seeing him around the rink and on our annual Father's Trips, where he often was the life of the party," Armstrong said. "Rick's tireless efforts to support cancer research through the Mandi Schwartz Foundation were unmatched. Through those efforts, a bone marrow drive at a Blues game in 2018 led to a life-saving transplant for a teenager in Alabama."

His cause of death has not been announced.

Fans, media members and others have been posting thoughts and stories about him:

What awful news. The family has already been through so much with Mandi's battle with leukemia and now this...just terrible.

Condolences to Jaden and his family. https://t.co/zbrhH5Wia9

Just awful news. I got to know Rick well, and loved chatting with him about Jaden’s career and the Mandi Schwartz Foundation. He was so proud of his daughter’s courage and worked tirelessly to spread the word for @BeTheMatch. Deepest sympathies to Carol, Jaden and Rylan. https://t.co/0yCESY8sgb

The Schwartz family lost their daughter, Mandi, to acute myeloid leukemia in 2011 when she was just 23-years-old. A foundation has been set up in her name to raise funds and awareness for the disease. And Yale University, where she played hockey, has an annual bone marrow drive on campus in honor of her.

We mourn the passing of Rick Schwartz, father of Mandi Schwartz ’10. Rick’s courage during Mandi’s battle with cancer, and his commitment to the cause of marrow donor registration in her memory, inspired us all. Our thoughts and prayers are with the Schwartz family.#ThisIsYale pic.twitter.com/Y9XOFkzX6Q

Former Blues teammates T.J. Oshie was among those to show support for the Schwartz family on Twitter:

Wow. I hate to hear that... Just awful. Praying for the Schwartz family. #stlblues https://t.co/Ccl4tWuf50