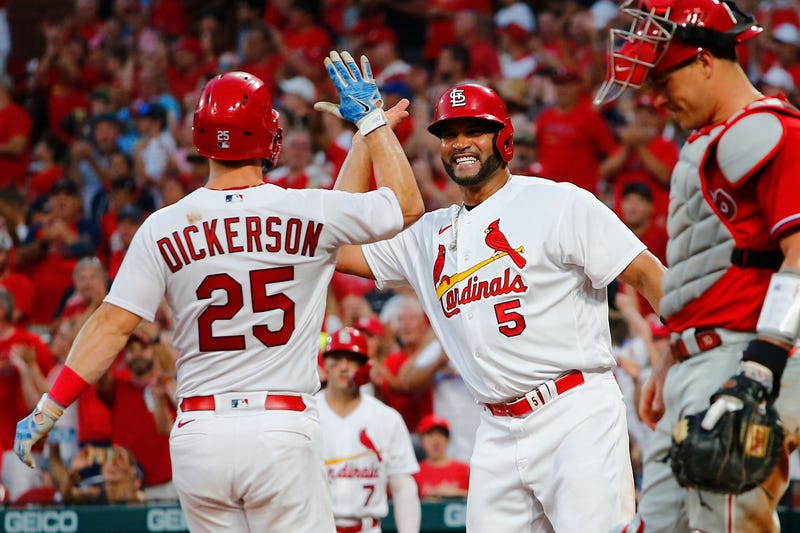 Albert Pujols is now a household name in the baseball world, but he was just another prospect in 2001.

Pujols only spent one season in the minors before breaking into the big leagues in 2001. And he’s never looked back.

Pujols joined Jimmy Rollins and Ron Darling on Audacy’s Unwritten: Behind Baseball’s Secret Rules podcast to talk about his experience as a rookie, including the time he thought he was sent down in Spring Training.

“I just went down to Spring Training with the expectation of I’m gonna give the best I can, not even thinking about making the ballclub, do the best that I can so when someone gets hurt during the season the first name they call is me. And that’s what I did, man. It was awesome,” Pujols said. (35:15 in player above).

Pujols wasn’t expected to get many at-bats in Spring Training, but he ended up making a lasting impression.

The left side of the locker room was where all of the MLB players were, headlined by Mark McGwire

“You weren’t even allowed to look that way,” he laughed. “So I put my head down and I went to the office.

“I walk into Tony’s office and I shake his hand,” Pujols said. “I didn’t even give him a chance to even respond to me so I was like ‘Hey, I just wanted to thank you for the opportunity that you gave me. I really had a really, really great spring, great experience. I think it really helped me out to take my game to the next level.

“And he’s looking at me kinda like ‘What is he talking about?’ … He stopped me, he’s like ‘Hey, what’s going on?’ I was like ‘Well I know you guys sent me down today but it’s all good.’”

This obviously caught La Russa off guard. The manager bolted out of his chair and barked for the clubhouse attendant.

“Bro, I was between Edgar Renteria and Placido Polanco,” Pujols laughed. “They haven’t sent me down yet, bro.” 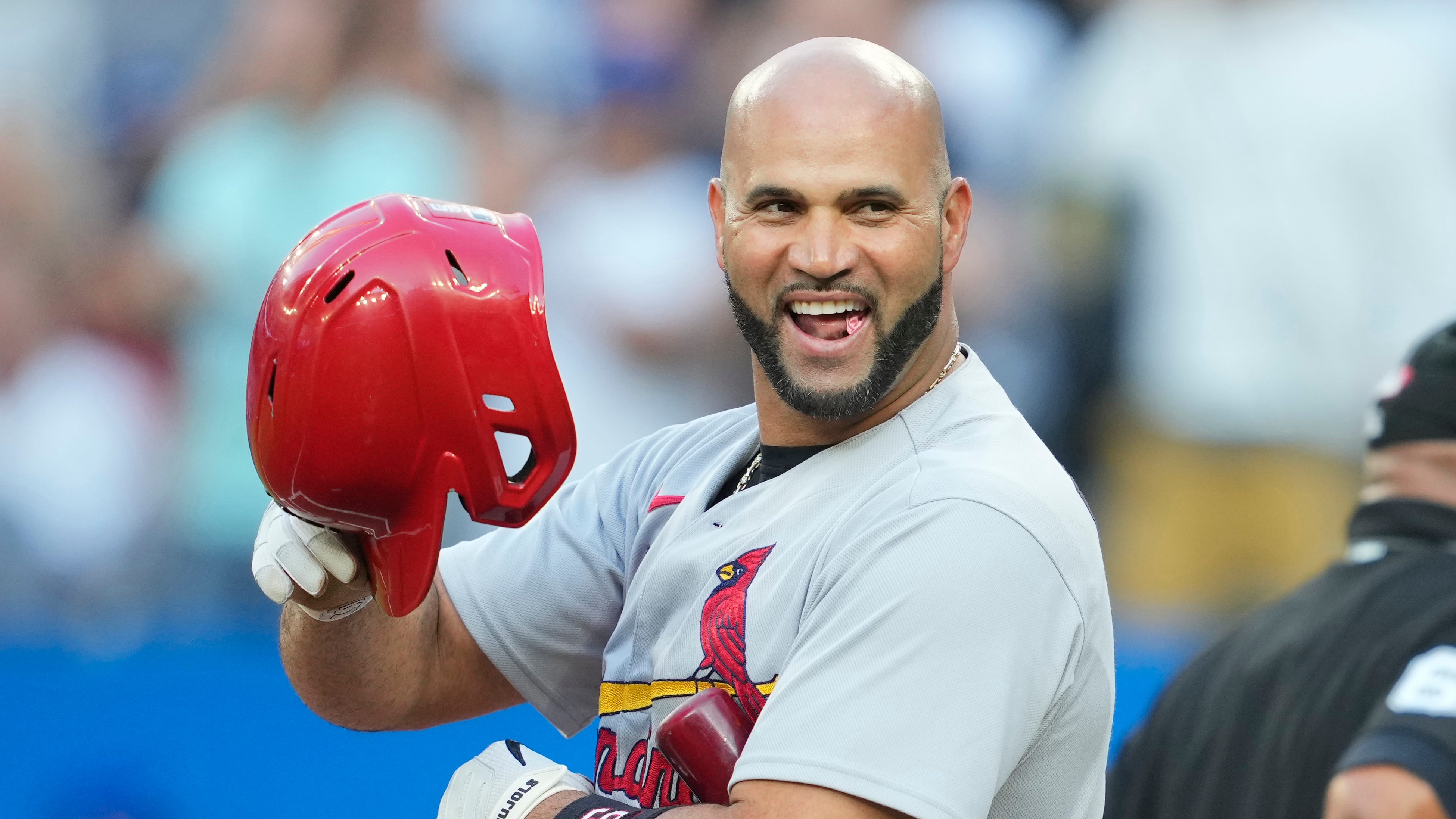