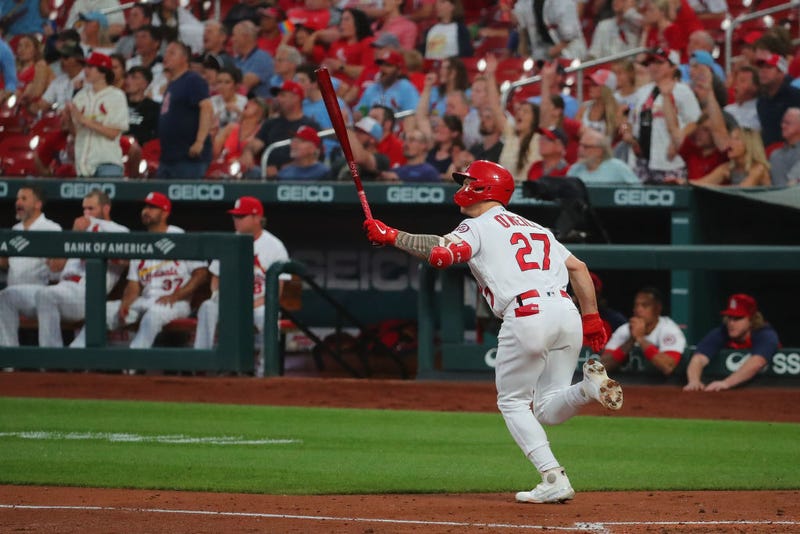 ST. LOUIS (KMOX) - St. Louis Cardinals fans have known for a few years now that all those muscles sported by outfielder Tyler O'Neill aren't just for show. But it's something the Cleveland Indians broadcast team may have just learned Wednesday night.

O'Neill had a pair of home runs in the 8-2 victory for St. Louis (ending a six-game losing streak) and highlights of the calls by the Indians radio team were pretty darn entertaining. They were impressed, possibly surprised, and most definitely in awe of O'Neill's power display:

"I'll tell you what, that was no cheapy," said Jim Rosenhaus of O'Neill's 451-foot bomb with a 110.9 exit velocity in the third inning. "That thing went for a ride."

Then in seventh inning, as Tom Hamilton called him, "Mr. Canada" did it again.

"Look at him man, I mean, he is built," Rosenhaus said, also admiring his swing. "Keep your eye on this young man because I tell you what, he's going to do some good things.

And here's what those home run calls sounded like on KMOX:

The 25-year-old is putting himself into All-Star Game consideration as he's tied for seventh in all of baseball with 15 home runs and owns a team-leading .974 OPS. Since May 14, He's hitting .383 with eight long balls and a 1.305 OPS.

“Baseball is fun,” O’Neill said after Wednesday's win. “Fun sport when you're hitting the ball.”