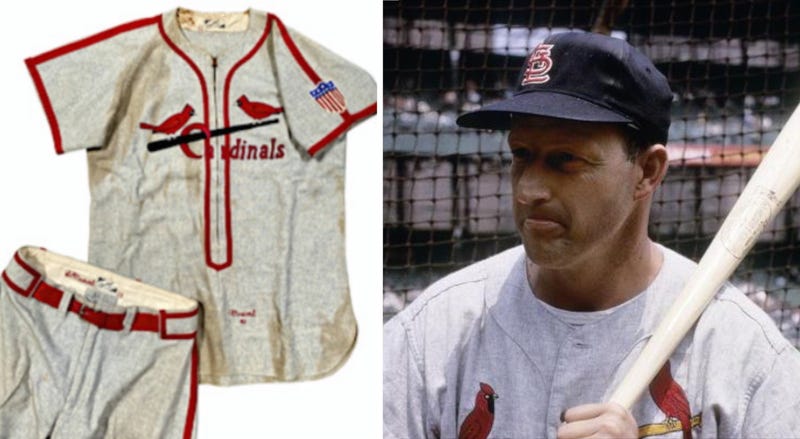 ST. LOUIS (KMOX) - As far as pieces of St. Louis Cardinals history go, it doesn't get much more coveted than a game-worn, World Series Stan "The Man" Musial jersey. The one he donned during the 1943 series versus the New York Yankees is currently up for auction and is about to sell for almost $100,000.

The online bidding process is open until Saturday and the current highest bid for the road uniform is $96,800 on GreyFlannelAuctions.com. The piece of baseball history has been "conclusively photo-matched" to pictures of Musial during the 1943 World Series and has some "vintage aging" with a few stains and minor holes in the fabric. 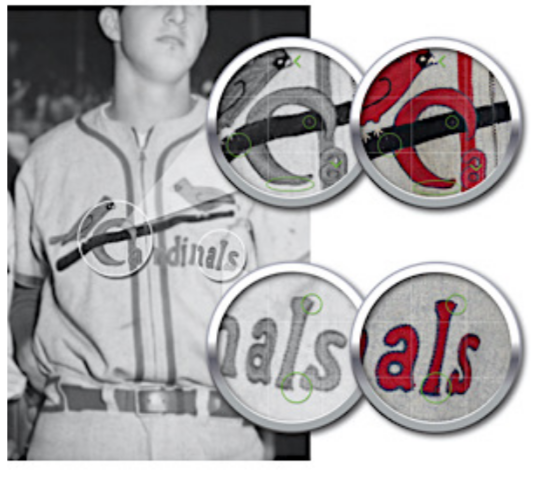 A jersey worn by the greatest player in Cardinals history sounds good enough for any baseball fan, but this one has some particularly special attributes:

• Musial won his first of three career MVP awards in 1943 – leading the league in batting average, doubles, triples, hits and total bases.
• It includes the pants and belt also worn by Musial during that World Series
• The jersey has a zipper instead of buttons, which most teams abandoned during the 1940s. The last team to have a zippered uniform was the 1986 Philadelphia Phillies, according to Grailed.com.
• Although "Musial" isn't on the back of the jersey, you will find his name in small lettering on the bottom front with the year "43" under it.
• On the left sleeve is the "Stars and Stripes" patch that all MLB teams wore starting that season in support of the country's war efforts. Musial didn't play in the 1945 season due to military service. 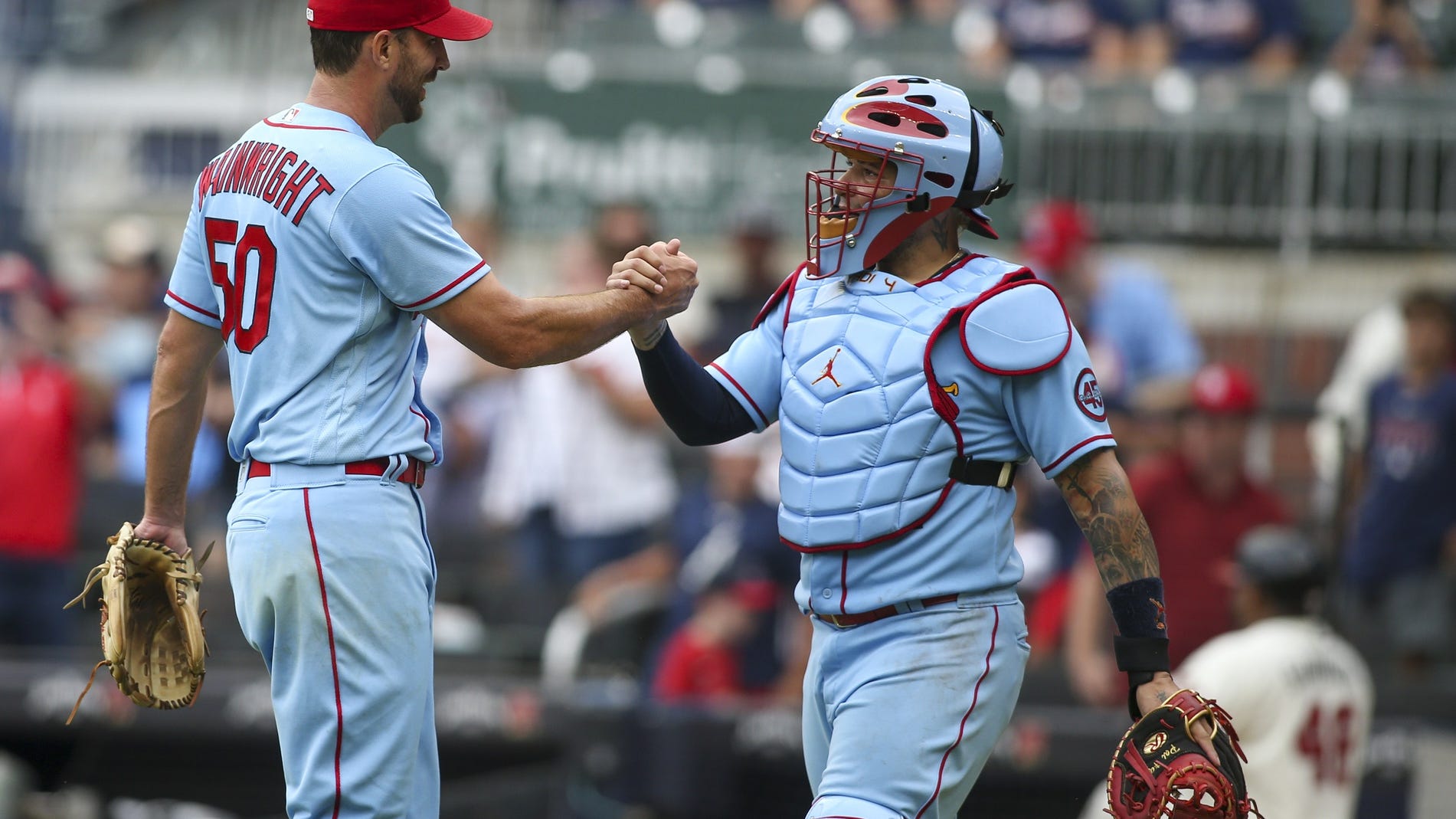 Molina, Wainwright combine for historic day in Cardinals win Jack Flaherty responds to MLB’s new rule on foreign substances: ‘What are we doing’

Musial was elected into the Baseball Hall of Fame in 1969, six years after he retired. He was a 24-time All-Star, three-time World Series winner and was awarded the Presidential Medal of Freedom by President Barack Obama in 2011.