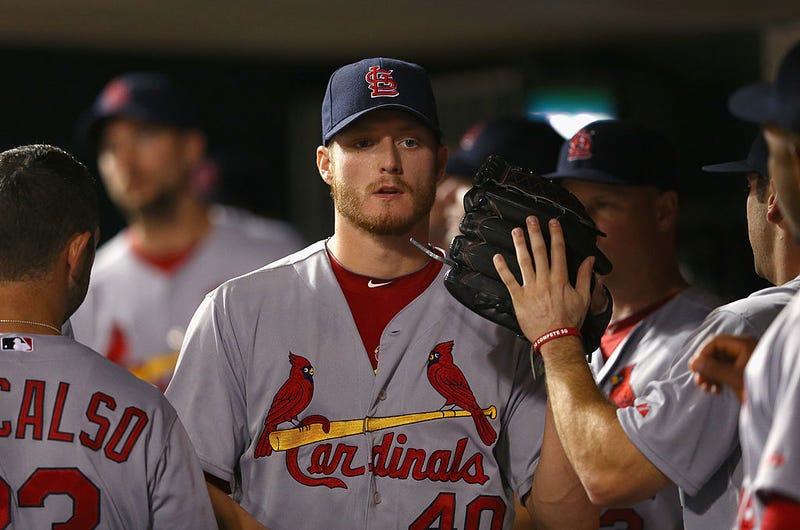 ST. LOUIS (KMOX) - The St. Louis Cardinals may be looking to an old friend to help its current pitching crisis at both the MLB and Triple-A levels. Former Cardinals starter Shelby Miller tweeted a cryptic message saying "stay tuned," after a series of emojis late Wednesday night.

Miller, 30, was responding to a tweet from St. Louis Post-Dispatch beat writer Derrick Goold, in which he called Miller an "intriguing possibility" for St. Louis. Miller replied with two tweets, one was a pair of handshake emojis – which typically point to a deal being agreed on – followed by two pairs of eyes emojis – often meaning you should be on the lookout. The second tweet said "Stay tuned" with a rock-n-roll hand emoji. He seems excited.

Miller, who was just released by the Chicago Cubs with a 1.74 ERA in three starts for its Triple-A club. He was rehabbing from a back injury that put him on the IL earlier this season. Before the injury, he allowed seven runs on seven hits in two innings of work for the Cubs. 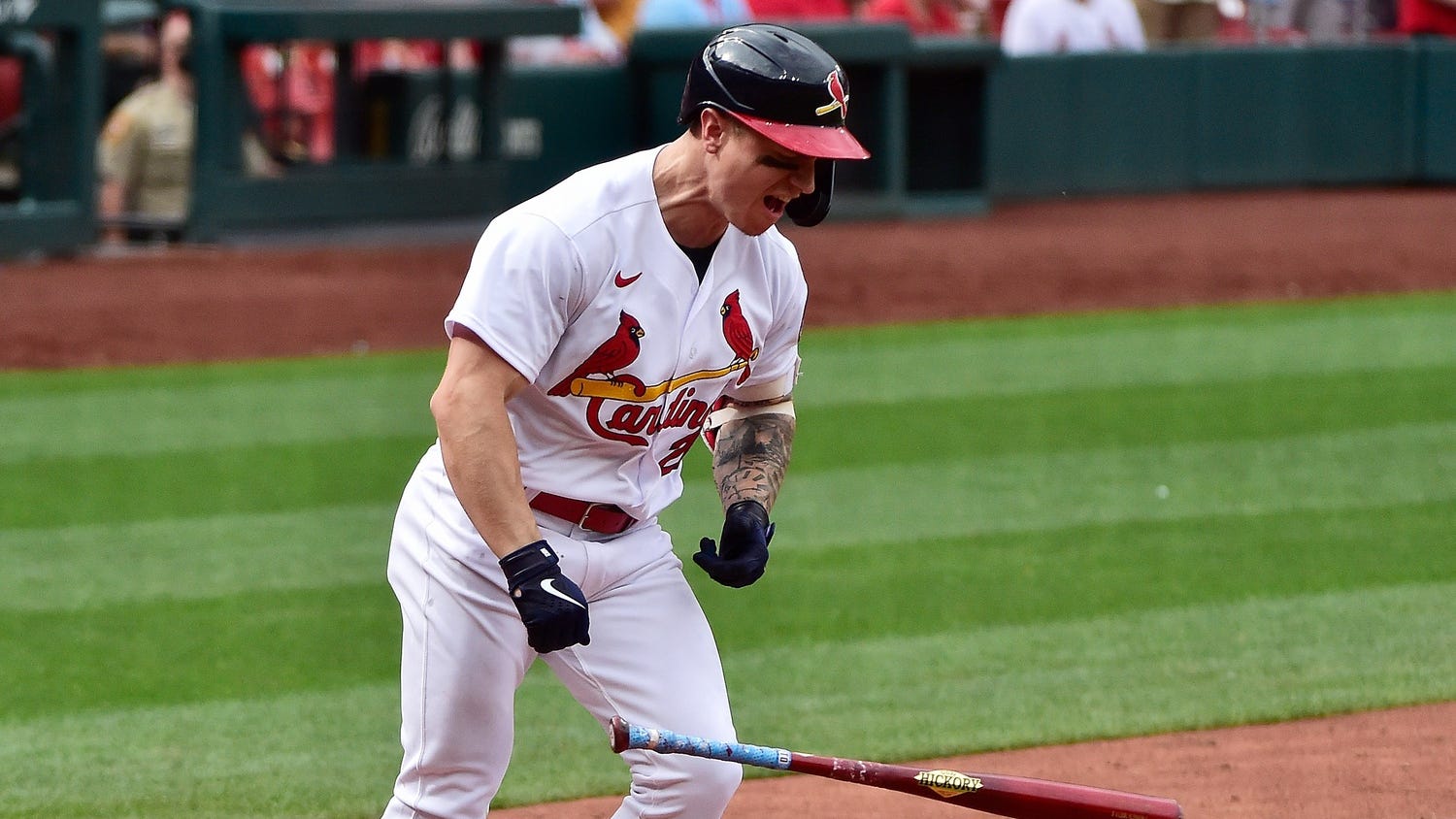 'We're about to get hot': Cardinals stay positive amid 6-game losing streak

Injuries have plagued his career in recent years, as he hasn't pitched a full season since 2015. The Cubs signed him to a Minor League deal this offseason after stints with the Atlanta Braves, Arizona Diamondbacks and Texas Rangers.

According to MLB.com, Miller has been topping out at around 94-95 mph coming into this season with a new slider he began developing last year.

The once big-time prospect in the Cardinals organization was drafted No. 19 overall by St. Louis in the 2009 draft and made his MLB debut in 2012. He finished third in the Rookie of the Year race in 2013 with St. Louis, then after being included in the trade to the Atlanta Braves for outfielder Jason Heyward in 2014 was an All-Star in 2015. 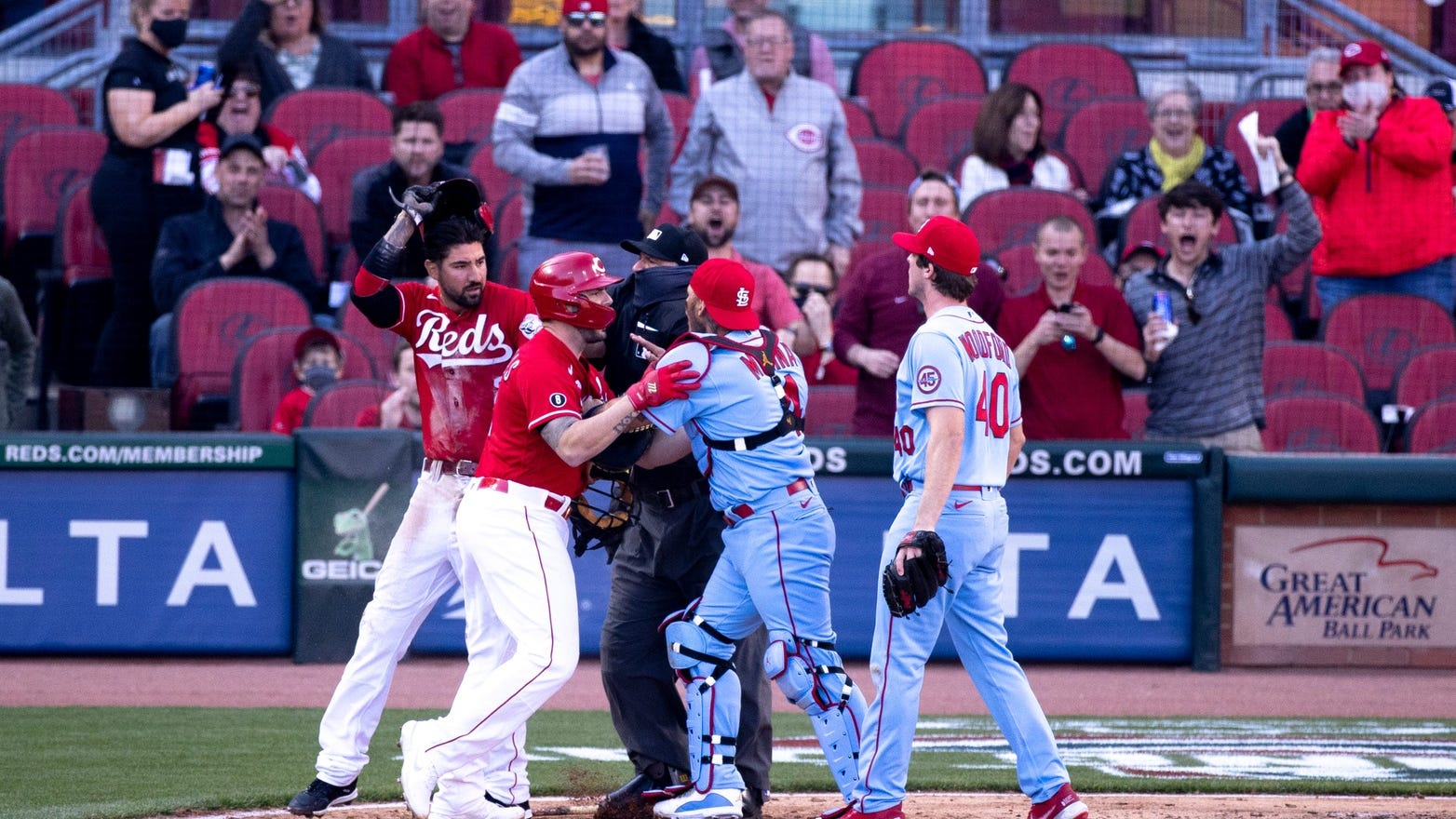 Are the Cardinals and Reds even rivals?