ST. LOUIS (KMOX) - As I've said many times on the air, I've been on the Dylan Carlson bandwagon for several years. I believe he's going to be a legitimate everyday player who hits in the top half of the lineup throughout most of his career. It's too early to say he's destined to be a star, at least it is for me, but there's no doubt in my mind that he's going to be a high-quality Major League player.

He's a well-rounded player who can play anywhere in the outfield, he looks like a good base runner and it looks like he's going to hit. Over the next 5 years it will be fun to see just how high his ceiling is as he gets more time in the big leagues to play and develop.

All of that said, what should we expect from Carlson in 2021?

First of all, the current projections on Fangraphs.com see Carlson as roughly a league average hitter for 2021.

I'm more optimistic than that for two reasons:

1) His strong finish and playoff performance showed signs that he had adjusted to what Major League pitchers were giving him.

2) All he really needs to do to post better numbers is to hit the ball in the air more. 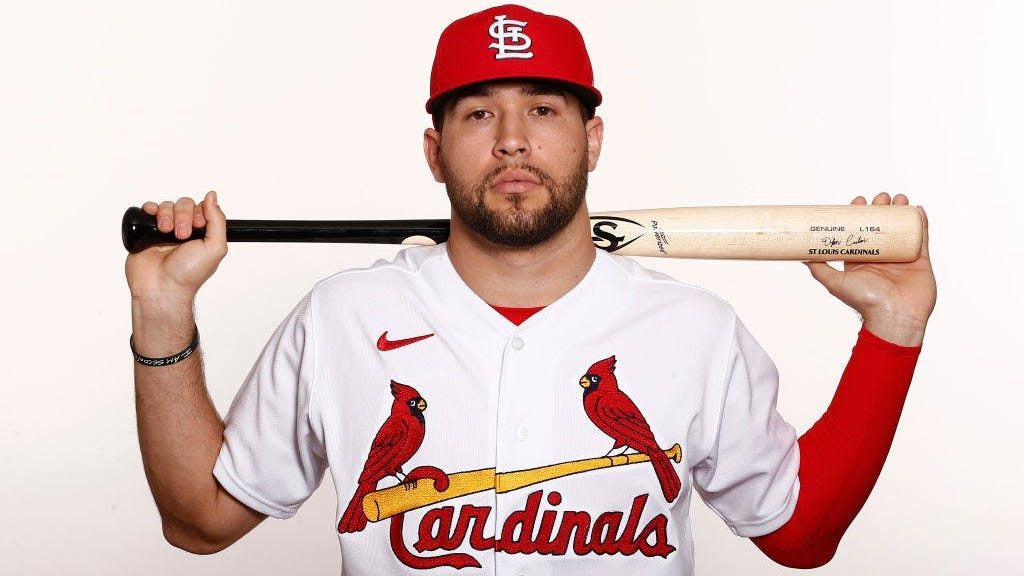 **NOTE** - "Hit the ball in the air" doesn't mean just lofting fly balls into the sky. Line drives are "in the air" too, so just keep that in mind. I'm talking about line drives AND fly balls, not one or the other.

Carlson's Statcast numbers for the season aren't all that impressive but when you account for the improvements he made at the end you can start to see more. His average exit velocity in total for 2020 was 87.4 MPH, which is fine but not great, but his exit velo was 92.9 MPH after he came back from Springfield on September 18th. That 92.9 MPH would place him at the same level as AL MVP Jose Abreu if he could match that for a full season, just for some perspective.

The truth is he's probably not going to average that in terms of exit velo for a whole season but I suspect he'll be in the 90 MPH range, which is more than enough for excellent production if you're not hitting the ball on the ground too often. If Carlson can improve his line drive and fly ball rates - something he can achieve primarily by swinging at more hitter-friendly pitches rather than chasing - he's going to have really strong numbers.

In watching Carlson when he first came up last year it looked like he was pressing. He swung at a lot of pitcher's pitches, particularly offspeed pitches on the edges of the zone (or just beyond), and made a lot of easy outs on tappers, rollovers, etc. That kind of contact is what kills average exit velocity. He improved on that greatly in his later stretch, and in the playoffs, and the numbers bear that out.

Since Carlson has always been known for his plate discipline and knowledge of the strike zone I don't think it's too much to expect these improvements to stick, even if the production isn't going to be in the .900+ OPS range. All he really needs to do in 2021 is avoid expanding the zone. If he remains disciplined he'll hit the ball harder on a regular basis and he'll hit more balls in the air, leading to more production.

One of 18 Cardinals who made his big league debut in 2020, Dylan Carlson headlines a promising group of young hitters: https://t.co/3NaTTucBoF pic.twitter.com/o1TA6Ch1QP

With all of that out of the way, here's my early, early, early projection for Carlson's slash line and some counting stats:

I think that would be one hell of a first full season...