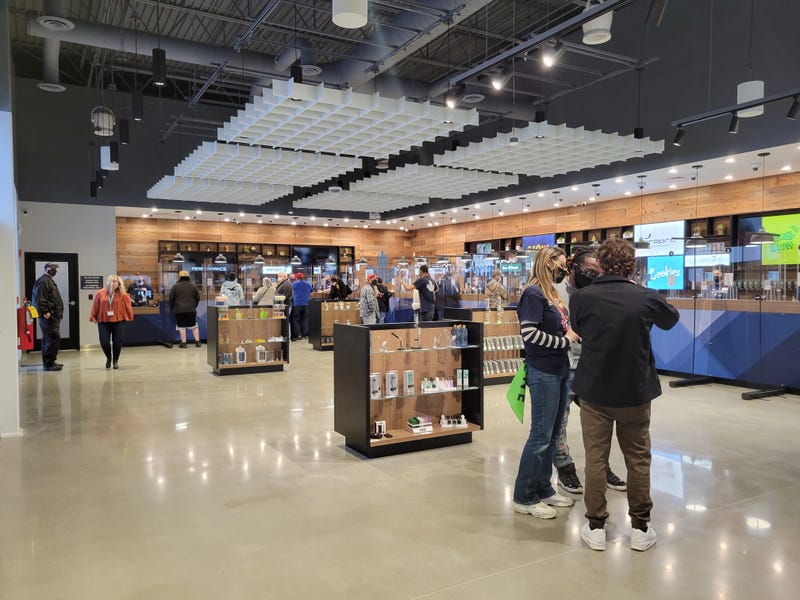 FAIRVIEW HEIGHTS, -IL (KMOX) - The old Babys 'R Us in Fairview Heights, Ill. is now a marijuana dispensary called Ascend. It becomes the fourth in the state for the company. Ascend Wellness Chief Revenue Officer, Chris Melillo projects they'll serve 1,000 people a day in the 5,100-square-foot building. They cut the ribbon on the new retail store Thursday.

Ascend also has a retail site in Collinsville, although much smaller, Melillo says they learned from the Collinsville store that they needed more space.

"Demand there was pretty high, so we, made this a larger format store. You'll see, just the open areas of the store," Melillo says. "We added more checkouts, so you can continue to digest more volume day in and day out." 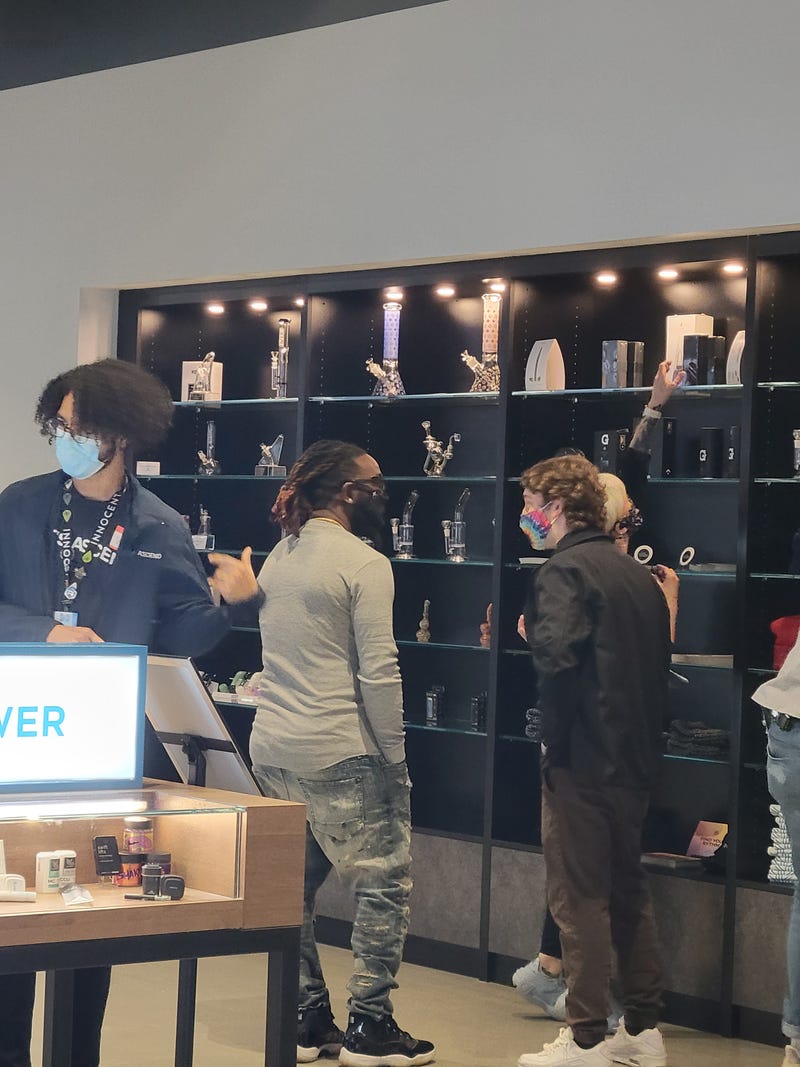 There are also two ATM's inside the store, along with edibles and topicals and a variety of pot delivery items like bongs. The media was not able to walk around the store and take pictures. Rather, we were kept in two locations together and allowed to take pictures from those spots along the wall.

When asked about the revenue projections, Melillo would only say, "High." The company news release does say new tax revenue for Fairview Heights is expected to be hundreds of thousands of dollars.

The company says it has hired 90 people to work at this location. It also does not plan to use the entire space saying, they don't need it and will just leave it empty.

Evanston, Ill. is using revenue from the tax on the sale of recreational marijuana there to pay reparations to eligible black residents, Colorado uses some of its extra billions in tax revenue on a variety of programs, including mental health and youth literacy. I asked Melillo what he thinks the revenue should be. 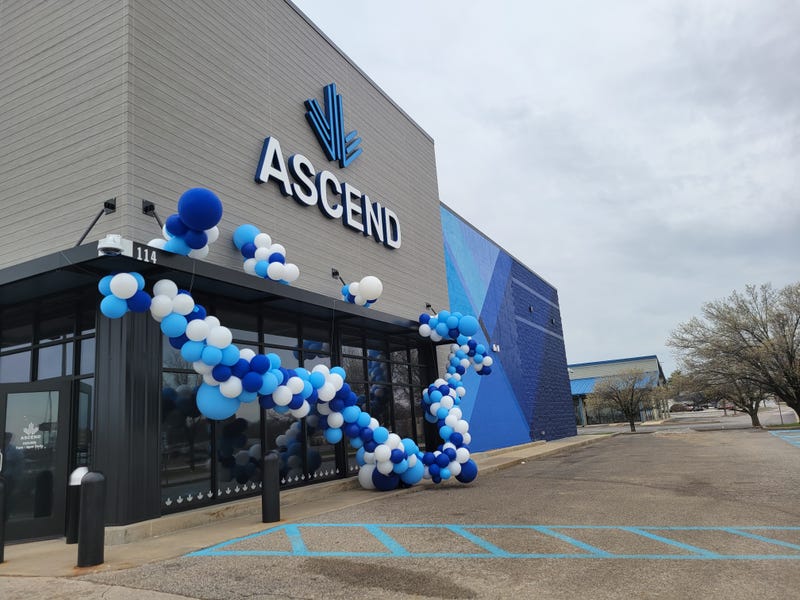 "Obviously we can get into a whole myriad of social equity conversations. And I think that there was a real conversation there," Melillo says. "I would personally like to see the information and the collaboration between both us, the operators, as well as the government agencies to come up with programs together."

And to those who remain against the legalization of marijuana?

Melillo says, "The people in the States are speaking. I understand there's detractors and they have their reasons why, but I think as you look at the polls and you look at the state adoption rate, the vote is pretty clear, and it's pretty overwhelmingly positive towards cannabis adoption."

The 2-year-old company now has 12 retail locations in Illinois, New Jersey, Massachusetts, Ohio, and Michigan. He says they also have three cultivation facilities and have no shortage of product. The company's website says Ascend produces 25,000 pounds of product a year.