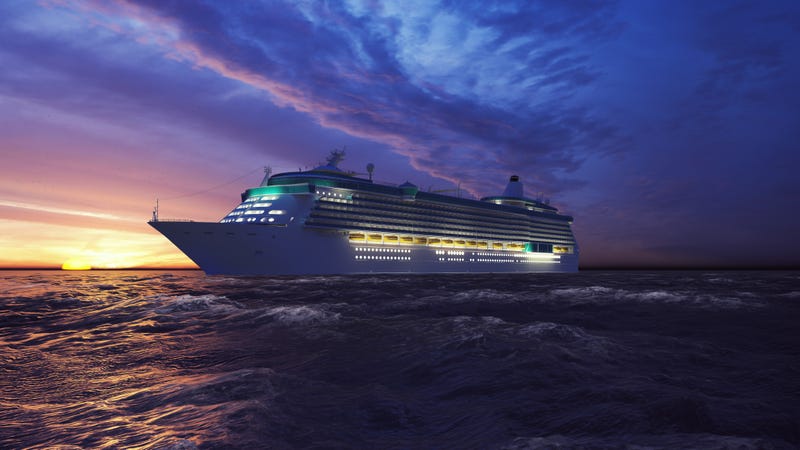 They’re calling it a Thanksgiving miracle.

28-year-old James Grimes fell overboard from a Carnival cruise ship last week and was in the water for 15 hours in the Gulf of Mexico — he had no radio, no floatation device — and he survived.

A member of the Coast Guard, Lieutenant Seth Gross, was part of the search and rescue mission. He joined KMOX’s The Show to talk about the Thanksgiving miracle. He described it as a one-in-a-million kind of case.

“The more time that somebody is in the water, the greater the search area potentially is going to be for us,” Gross said. “So given the fact that he was last seen at 11pm and reported unaccounted for the following day in the afternoon, we had about a 7,000 square nautical miles search area for him, which is roughly the size of Massachusetts.”

Plus, Gross said, he was likely subject to bad water conditions and would’ve had to have been a strong swimmer.

“You had three to five-foot seas with wind caps, 20 to 25 knot winds,” he said. “So, you know, just an exceptional swimmer, and the survival instinct.” Plus, he added, the water was probably 65 or 70 degrees.

When he was found, Grimes was suffering from mild hypothermia, shock and extreme dehydration. Gross said that he spoke with Grimes since he was released from the hospital — he’s now in stable condition.

Grimes apparently didn’t report any interaction with wildlife, though the Gulf of Mexico is populated with a large variety of sharks, some of them aggressive.

Hear more about the one-in-a-million survival and rescue story of James Grimes on KMOX: