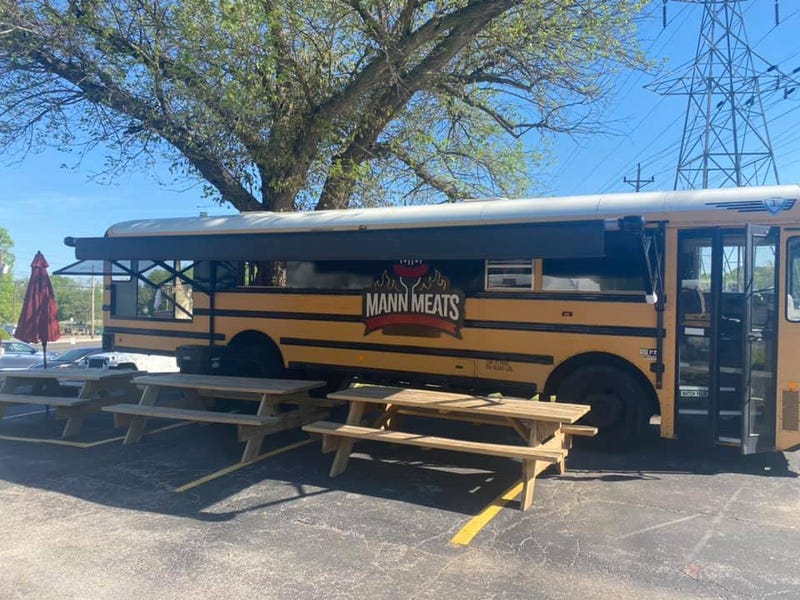 FLORISSANT (KMOX) - A Florissant restaurant will get nationwide exposure Friday, not only because of its great food, but because of its charitable efforts.

Manns Meats co-owner Bob Mannecke says they were selected to appear on Live with Kelly and Ryan's "Hometown Chefs" segment, after customers sang their praises to the ABC show's producers.

Wow… Just wow!!! What an experience this is. Now this is all really setting in, as we...

Mannecke and his wife Holly opened the restaurant at 300 St. Ferdinand St. in 2019, after operating a food truck the previous year, and met with immediate success. "That turned into everybody being so generous towards us and we started giving back," he says. They started giving back by taking whatever food they hadn't sold by the end of each day to hospitals, fire departments, police stations and the homeless. "A couple of times," Mannecke says, "we actually gave food away all day just for a fund raiser or some kind of event." In one such instance they raised over $8,500 to support Angie's Playground, an accessible playground in Florissant. 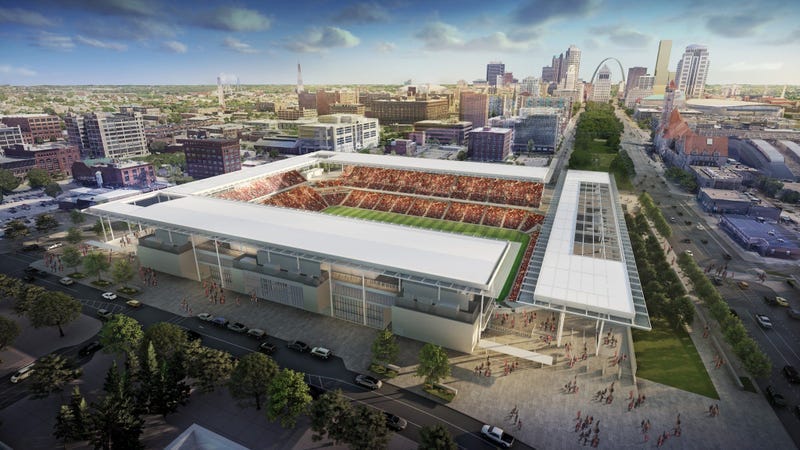 They got the call from an ABC producer last Thursday, July 15. They were invited to fly to New York to record six days later. Mannacke offered to make brisket, pulled pork or a burger, but the producer said they had already done those on the show. "I said 'how about a pork steak,'" he says, "and she said 'what's a pork steak?'. I said, 'that's right, that's a St. Louis thing.'"

She replied, no one had ever cooked a pork steak on the show.

What an unforgettable experience this has been. Everything was so fast, was very well organized and scripted, that it...

Mannecke says Wednesday's taping took only two-to-three minutes, but felt like 20 seconds. "It was pretty intense," he says. "Very scripted. Very well organized. The producers, directors...when Kelly and Ryan came out it was all very on cue. Every second counted."

He says he, Rippa and Seacrest were socially distanced around the outdoor kitchen. "Ryan walked around the corner and said, 'Bob, nice to meet you, man. You ready to show me how to make a pork steak?'

Kelly walked to the other side," he says. "She waved to me and said 'nice to meet you, can't wait to try your food.' She had a lot of fun with the whole Mann Meats thing. She goes, 'oh, Mann Meats. I love that name!"

And they loved the food too. "They were all oohin' and ahhin' when we were there," Mennecke says. "They saw the pork steak on the plate and wanted to eat it while it was sittin' there."

For Mannecke, it is a true rags to riches story. He tells KMOX that when he started the restaurant, he had $3.54 cents in his bank account. "I was in the process of getting ready to file bankruptcy on all my old debt. I just felt like the whole time I had nothing to lose."

Two years later, he and Molly found themselves on a plane, flying into New York to tape an appearance on Live with Kelly and Ryan. "As soon as the plane broke the clouds we saw New York City," he says. "Me and my wife, we both choked up. We kind of realized why we were here."

The segment will air Friday morning.