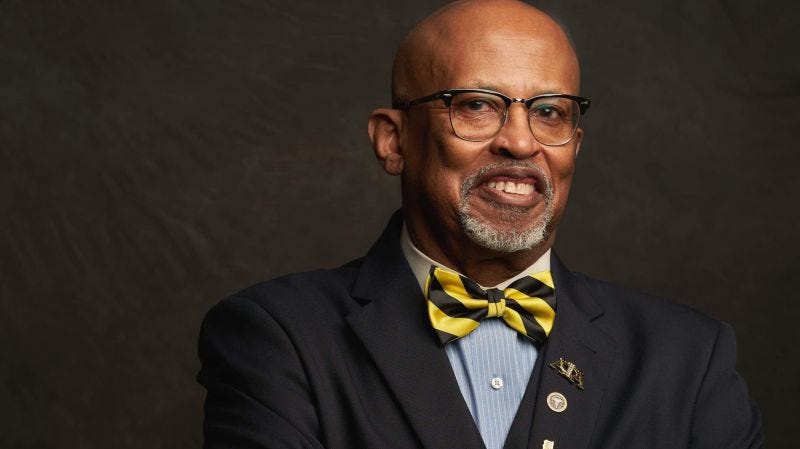 There are only 81 certified forensic odontologists in the world. They help investigators identify human remains by using the deceased’s teeth and dental records. One of them was born and raised in East St. Louis, Ill and tells us what his job is like.

Dr. Ernest Jackson is the Director of Dental Services for the Missouri Department of Corrections and also a Certified Forensic Odontologist. He is the first and only board certified African-American forensic odontologist.

Dr. Jackson served in the Air Force during Operations Desert Shield and Desert Storm.  During Desert Storm he was the assistant chief of forensic odontology at the Dover port mortuary and had to help identify the remains of those military members who were killed in combat.

“It was an experience and a long hard road. It was obviously a negative job, because comparing the dental records of the fallen soldiers during Desert Storm, I thank God it didn’t last long.”

Dr. Jackson said working those service members’ cases was some of the most important work he’s done.

After 25 years of service, Dr. Jackson retired at the rank of Lieutenant Colonel from the Missouri Air National Guard’s 131st Bomb Wing located at Whiteman, Air Force Base.

“Dental care in the prison system is a necessary service. How can you rehabilitate someone if they are not in a healthy state?”

One of the things that Dr. Jackson said helps him work with prisoners is that he grew up in the same types of neighborhoods as many of the prisoners.

“I was born and raised on 24th Street in East St. Louis. It was interesting, it was interesting. However, I was blessed enough to have parents who directed me towards education.”

Jackson graduated in 1988 from the School of Dental Medicine at Southern Illinois University and holds a master’s degree in criminal justice from Lincoln University in Jefferson City, Mo. He received dual bachelor degrees in biology and medical technology from Xavier University of Louisiana in 1975

Jackson has lectured throughout the United States and abroad. Last year he was honored to be the keynote speaker during the Martin Luther King day events at Eureka College in Illinois.

“I just do what I do. My wife asks me when I’m going to retire and I tell her I have never heard of that word.”