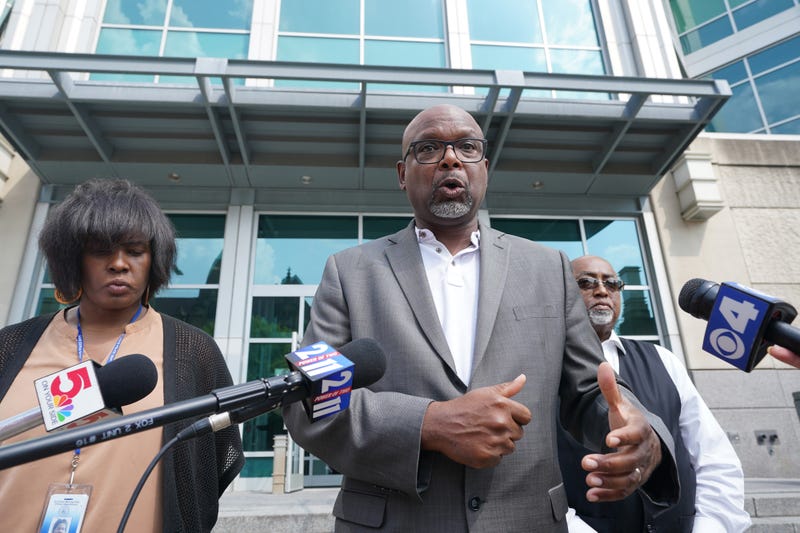 ST. LOUIS, MISSOURI (KMOX) - 120 inmates were moved from the Central Justice Center in downtown St. Louis to the Workhouse jail over the weekend. This follows the sixth recent uprising among inmates, as they broke out of their cells Friday and had to be pepper-sprayed to regain control.

Dr. Dan Isom says it's taking time to upgrade the CJC. "It took 20 years for this to get this way, and it will take a significant amount of time to repair CJC." he told reporters Sunday on the steps of the jail. "We are committed as an administration to place the money in this facility, to finally upgrade it to where it should be. Which should have been done many years ago, so we are trying to make the best of a bad situation."

At least 25 inmates were able to escape their cells by jimmying the locks. Those locks are a high priority to repair, but he says the previous administration did not commit the money to making those upgrades.

As for sending inmates to the Workhouse - which is now called the CJC Annex - Board of Aldermen Public Safety Committee Chairman Joe Vaccaro says it never should have been closed in the first place. He understands Mayor Tishaura Jones had closing the Workhouse as a focal point of her election. "She can't just say, I made a campaign promise and, no matter who I hurt, I will just keep that promise." Vaccaro says. "It was just the wrong thing to do." He goes on to address the cries of human rights violations by keeping inmates in the northside jail. "They lied. They said, Oh my God there's giant rats and mice and roaches and bugs. And then, now they're going to put people back in that horrible place." He says he went into the jail himself and found no such issues.

Dr. Isom says there are issues in the dormitory areas of the Workhouse, with leaking ceilings, among other things. But other areas have seen upgrades and can be used on a temporary basis. He points out, had the City not canceled the contract to house federal inmates, the Annex would not have been an option to move inmates while the downtown jail undergoes repairs and renovations. The end of that contract put a $9-million hole in the City budget which has yet to be reconciled.