ST. LOUIS (KMOX) - Try to stay calm kids of the 90s, but the original car from in the 1997 Nikelodeon movie "Good Burger" is currently in its new home at a St. Louis restaurant!

Mike Johnson, owner of Hi-Pointe Drive-In, says he bought the 1975 AMC Pacer that was made to look like a cheese burger by the movie producers in 2019. He says it took about a year to restore it to its original glory.

It's now on display at his restaurant next to Forest Park in St. Louis.

It took a long time but the original car we bought from the 90’s cult classic Good Burger is finally home at our... 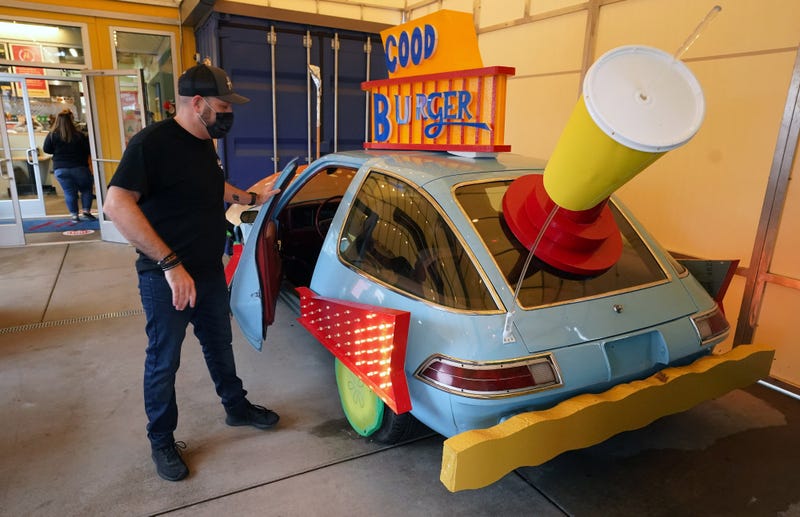 Johnson even has the car's title on display, showing that it was first purchased by Paramount Picture to use in the movie.

Even comedian and actor Keenan Thompson, star of "Good Burger," gave his approval on social media. He commented on a video of the good burger car saying, "Wowwww!!!! Awesome!!!!"

Johnson says the car will be staying inside the restaurant for a long, long time.