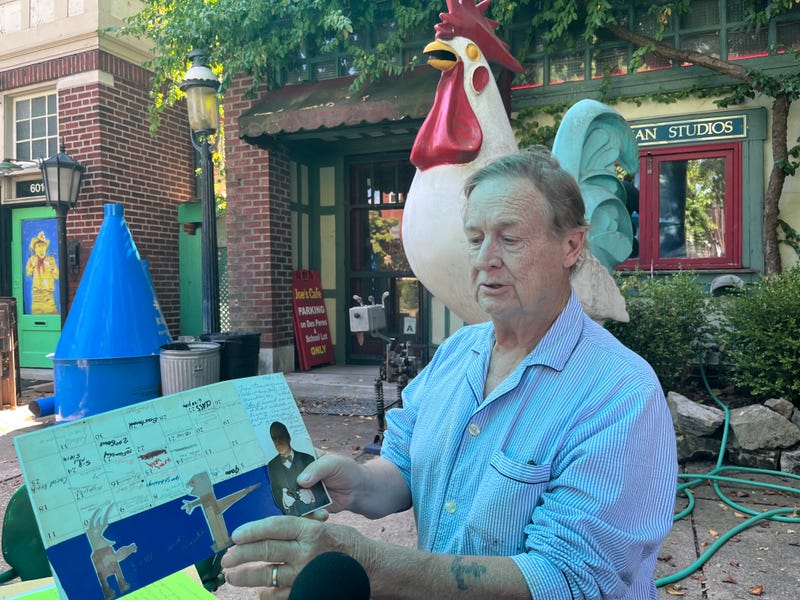 Bill Christman's installation "Land of the Giants" has been torn down by the city. Photo credit Kevin Killeen/KMOX

After a two-year zoning dispute with City Hall, the end came for the Land of the Giants, an art installation by local artist Bill Christman.

Christman said that on a recent Saturday morning, he drove up and saw the claw of an earth mover knocking down his creation like a monster movie.

"I had no notion that this was gonna be happening," he told KMOX. "They were tearing this thing down like King Kong knocking over tiddly winks."

Christman had hoped the giant buildings, giant dog, and crashed UFO would make visitors feel young again, but not everyone got it.

"I think artists have always been considered squirrely," he said. "In the Midwest, I think they're not considered very practical."

In 2020, a city board determined that the structures posed a safety hazard, and upheld a condemnation of the property. In an interview with MetroSTL, Christman said he'd poured about $100,000 of his own retirement money into the project.

"I grew up on that block as a kid, so my heart was certainly in a childlike state of simple enjoyment and innocence," Christman told KMOX.

He was able to throw a giant ice cream cone and root beer bottle in the back of his pickup truck before it was all destroyed, then drove off.