ST. LOUIS (KMOX) - The St. Louis couple who are faces felony gun charges for pointing guns at protesters may have another legal battle on their hands, due to a possible copyright violation.

Mark and Patricia McCloskey have been seen passing out greeting cards with one of the viral photos of them standing on their porch with guns in hand as protesters marched up their private street. But they may be breaking the law by using that photo. 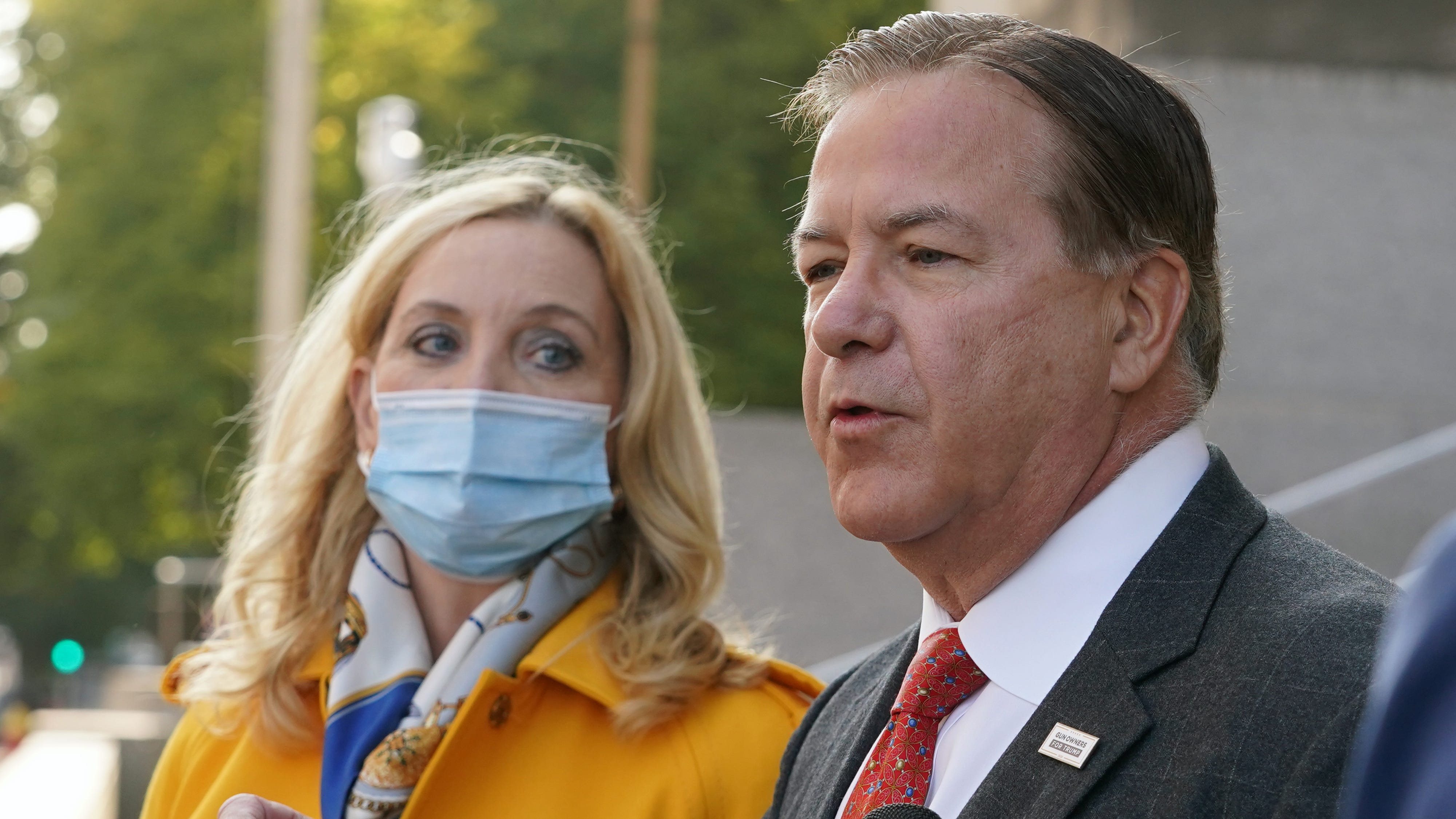 They got 1,000 of these printed and have even been signing them pic.twitter.com/LPAhR8IRAl

The photographer, William Greenblatt of United Press International, has sent the couple an invoice for $1,500 because he is "in the business of selling images. I do not give them away from free." Greenblatt was one of the photographers covering the protest on June 28 in the Central West End.

Mark McCloskey shared a photo of the letter on Facebook, saying Greenblatt "trespassed" and "stole a photo of us."

This made my day: the photographer that trespassed into my neighborhood and stole a photo of us has sent us a bill!!!!! Now be nice and don't bother him, but what chutzpah.

Mark and Patricia McCloskey, who are both attorneys in their early 60s, were indicted by a St. Louis grand jury on charges of unlawful use of a weapon and tampering with evidence.

The McCloskeys have blamed the “leftist” Democrats in St. Louis for their plight and have become folk heroes among some conservatives. They have received support from President Donald Trump and they spoke on video at the opening night of the Republican National Convention. Missouri Gov. Mike Parson has defended their right to protect their home and said he will pardon them if they are convicted.

It's unclear if the McCloskeys have paid the bill. Greenblatt responded to KMOX, but said only that he's not allowed to speak to the media about it.