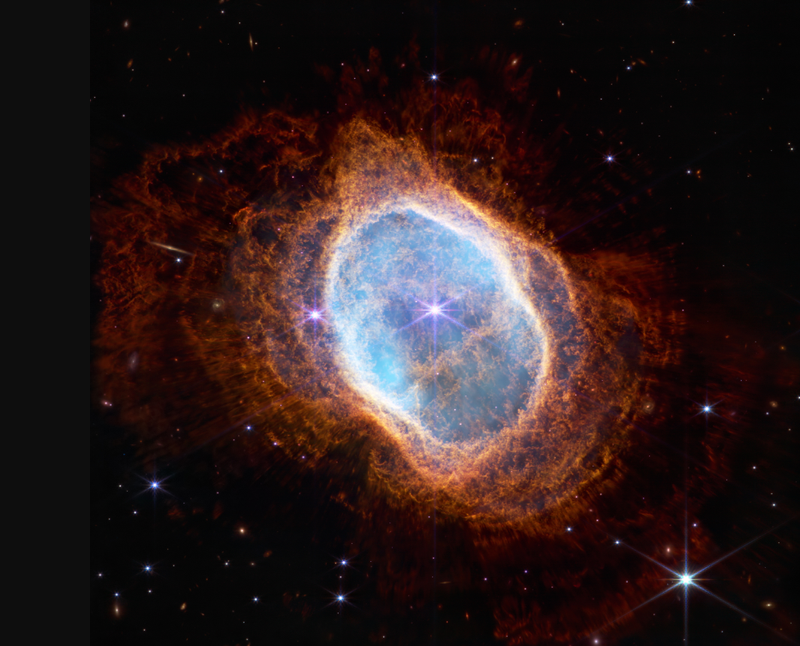 This week, a revolutionary piece of space imagery was released -- photos taken by the Webb telescope. The Webb has gone deeper into space than any other telescope, and on Tuesday NASA released five of its first images.

Paul Byrne, an associate professor of Earth and Planetary Sciences at Washington University, joined Total Information AM to talk about the images.

"It's just an absolutely beautiful image," Byrne said of the first image released on Monday. "There's a poetry to it, in addition to all the amazing science."

Byrne said that while we've seen photos of deep space before, this is a new level.

"We've seen versions of this kind of imagery -- the Hubble Space Telescope has taken a few, for example," he said. "Webb, however, has peered farther back than any telescope has. And of course, we're just getting started."

NASA says the image released on Monday "covers a patch of sky approximately the size of a grain of sand held at arms length my someone on the ground." And it pictures thousands of galaxies in a "tiny sliver of the vast universe."

Byrne pointed out how much is packed into this image.

"Looking at this image, right, it's hard to imagine that every little light source and that is a galaxy," he said. "They're not stars -- we're seeing their galaxies with hundreds of billions of their own stars. It's almost too much to get your head around."

The project was an expensive one, with a price tag of $10 billion. But Byrne said he belives the scope of the project is worth every penny.

"What we're going to learn will really speak to the origin of the universe itself," he said. "And I think there is no price tag too high for that kind of information."

He also said that looking at these images is a look back in time.

"One of the biggest things that Webb is going to be able to do, in addition to seeing right back to almost the beginning of time itself -- Webb is also designed to look at the atmospheric compositions of what we call extrasolar planets or exoplanets," he said. "Ultimately, part of our efforts to answer the question, 'Are we alone?'"

Looking back in time can teach us a lot about the universe as we know it.

"We're looking back in the past. Now, we know the universe -- the visible observable universe -- is about 13.8 billion years old. Webb is going to allow us to look back to about 1% of the age of the universe," Byrne said. "And one of the questions that we have is, what the galaxies looked like back then, what was the first generation of galaxies? What did the first stars look like?"

Find the rest of the images on NASA's website, and listen to the fascinating conversation with Paul Byrne from Total Information AM.