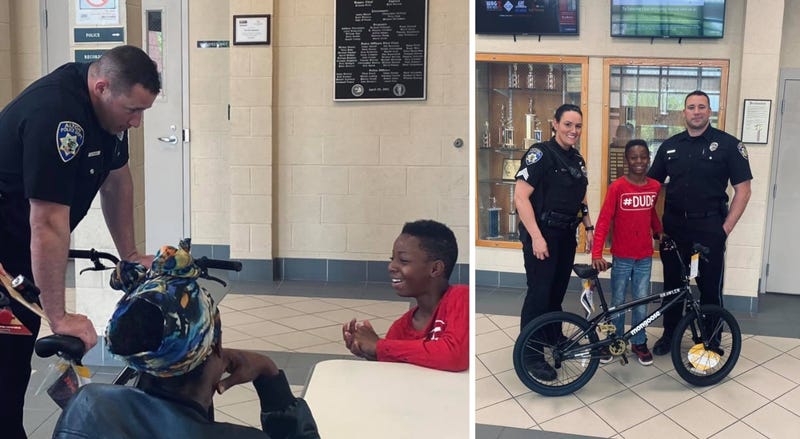 ALTON, Ill. (KMOX) - After responding to a bike theft that left a young boy unable to help his family by running errands, these police offers decided to make things right. They bought him a new bike

Photos were shared by the Alton Police Department of officers presenting the bike to Keyondre Latham. It brought a big smile to his face.

Police say last week, Latham's bike was stolen while he was in Dollar General running an errand for his mom. Officer Parker told the other officers on his shift about what happened and "what a good kid Keyondre is." So they all pitched in and purchased a new bike for him.

The bike also came with a light and bike lock.

"These are the things officers do every day but don’t always get shown to the world," the Facebook post stated. "Please join us as we say THANK YOU to APD’s D Shift for their generosity and kindness in helping where they can. And an even bigger thank you to Officer Parker for recognizing the need!"

Last week Keyondre Latham’s bike was stolen while he was in Dollar General running an errand for his mom. Keyondre is...