OLIVETTE, Mo. (KMOX) - He won't be old enough to serve until less than two months before he'd be sworn in, but that isn't stopping a 22-year-old Democrat from running for the Missouri House.

Alex Dubinsky has announced his candidacy for the 88th District seat, which currently covers mid and west St. Louis County.

Dubinsky says his experience working on Capitol Hill while at the University of Maryland, serving as Organizing Director on Cort VanOstran's 2018 Congressional campaign and his work on the successful campaigns of state Reps. Jo Doll and Bridget Walsh Moore, has given him the experience he needs to serve in the House.

"I helped set (Doll and Moore's) policy agendas," he says. "I talked to folks in the community, stakeholders in the community. Because of that experience, I feel ready to go on day one. To serve my constituents. To be able to work, legislate and do everything that the constituents and voters expect of a representative."

I've knocked on thousands of doors for progressive campaigns. Today, I'm launching my own.

I'm running for State Representative to bring fresh leadership to Jefferson City and help build a Missouri that we can all be proud to call home. Join me at https://t.co/PExgwHo2nN pic.twitter.com/A3wnT00SKC

He admits there are much more experienced legislators in Jefferson City, but sees that as his advantage.

"That's experience working for their campaign donors and not their constituents. I'm here because I am looking to work for the voters," he says. "I'm not taking a single dollar from lobbyists or corporate PACs. We need new, fresh leadership with new ideas and that's what this campaign is about."

Dubinsky, who will enter Washington University law school in the fall, began his political activities at Parkway Central High School, where he began organizing students around the issue of gun violence prevention. He says common sense gun laws are part of his current platform, along with fully funding public education and accessible and affordable healthcare.

So, is he another young politician who is merely laying the groundwork to run for president some day?

"State Representative, I'm focused on that," he says. "I'm focused on the next two years. I don't think that far down the line. To me, it's about making a difference in my community and this is how I'm going about doing that." 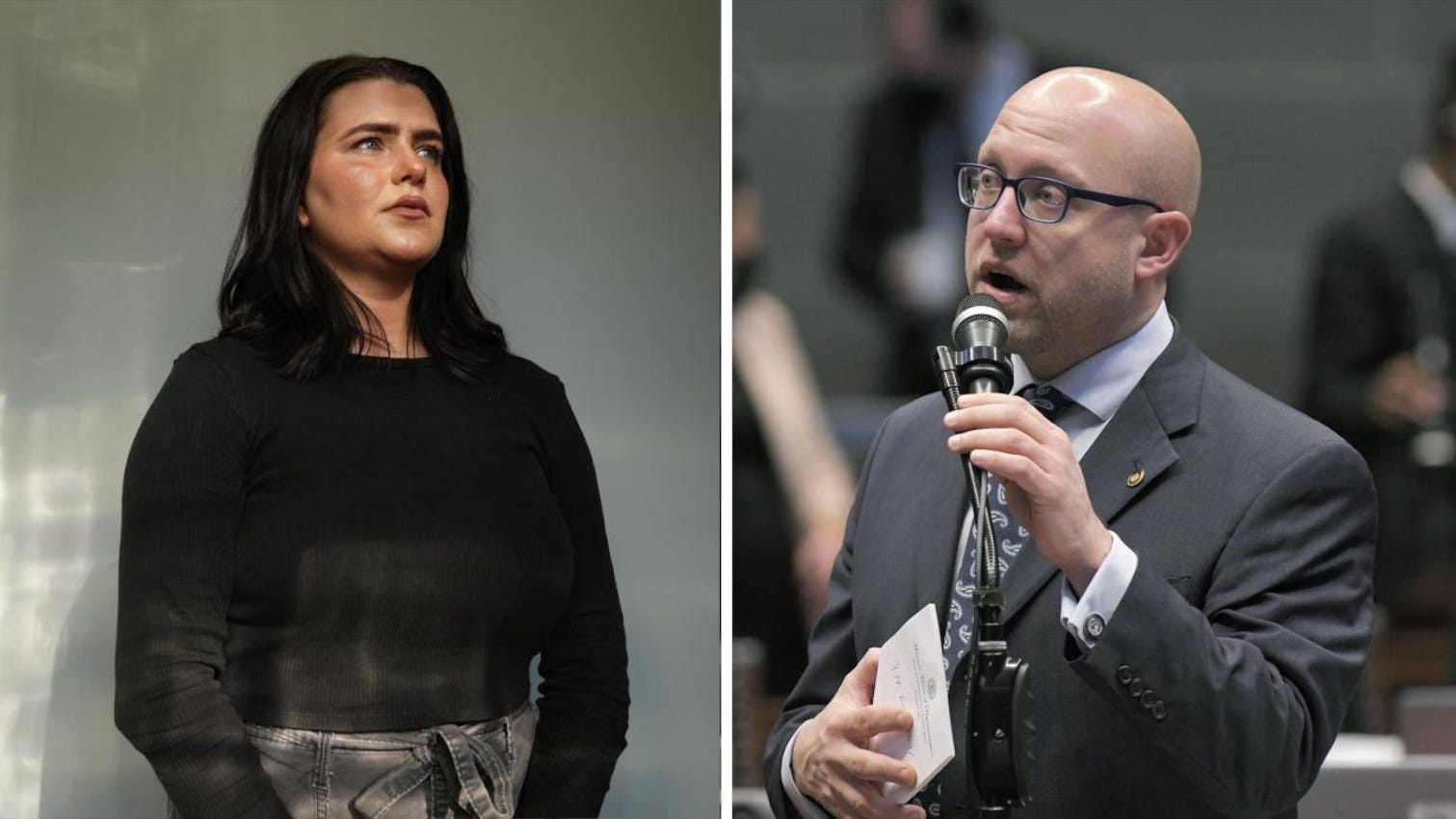 When asked if he ever thinks about the White House, Dubinsky says, "No" with a laugh.

So far, Dubinsky is running unopposed to fill the seat being vacated by Tracy McReery (D-Olivette), who is running for the Missouri Senate after being term limited out of the House.

If he wins the House seat, Dubinsky will reach the required age of 24 six weeks before being sworn in.