ST. LOUIS (KMOX) - St. Louis firefighter Benjamin Polson has died and other was injured after the roof collapsed while they were battling a building fire on Thursday.

St. Louis fire chief Dennis Jenkerson made the somber announcement at the scene of the fire.

Jenkerson says two firefighters went into the vacant, two-story building in north St. Louis and both were "buried" after the roof collapsed. He says heavy material fell on top of both firefighters. 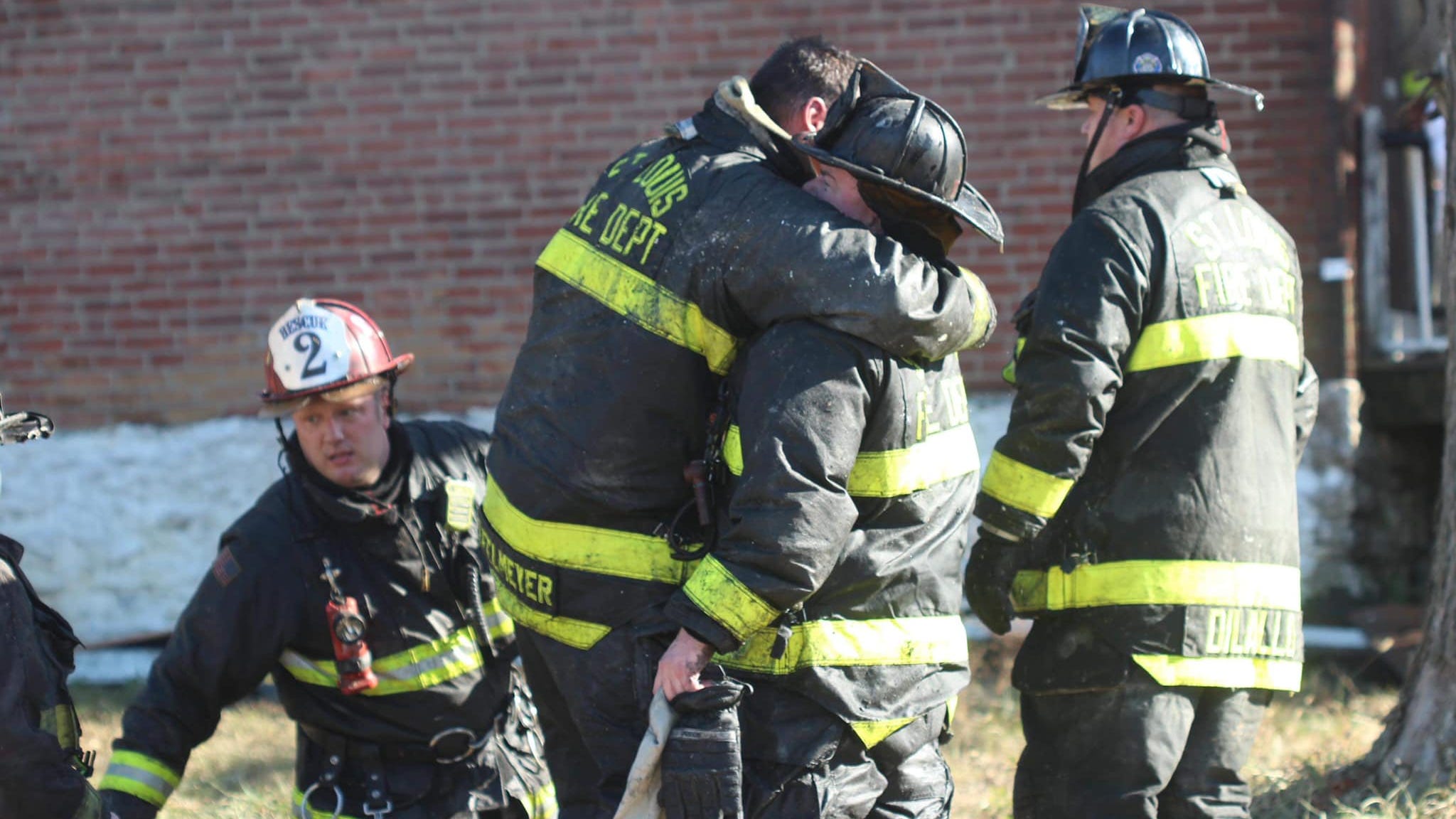 "A lot of heavy bricks, a lot of timber, multiple chimneys," Jenkerson says. "We had one firefighter that was gravely injured when the building collapsed, took the brunt of the collapse. We do have a firefighter death."

It's been 20 years since a St. Louis firefighter has died in the line of duty.

Jenkerson says the firefighters were looking for people who may have been inside the fire and were starting to back out when the collapse occured.

He explained how his crews are paid to risk their lives, but are training to look at building fires and determine the risk of entering.

"Unfortunately, the risk we took today wasn't worth it because we lost a firefighter," Jenkerson says.

The deceased firefighter's name hasn't been released. The other firefighter caught in the collapse was conscious and breathing when being taken to the hospital.

Authorities say there was "heavy fire" on both floors of the vacant building.

The building fire was located in the 5900 block of Cote Brilliante Avenue .

You can see live coverage from the scene here:

#Breaking:: Reports of a St. Louis firefighter trapped after roof collapse at burning building on #CoteBrilliante and #Hodiamont.. #STL