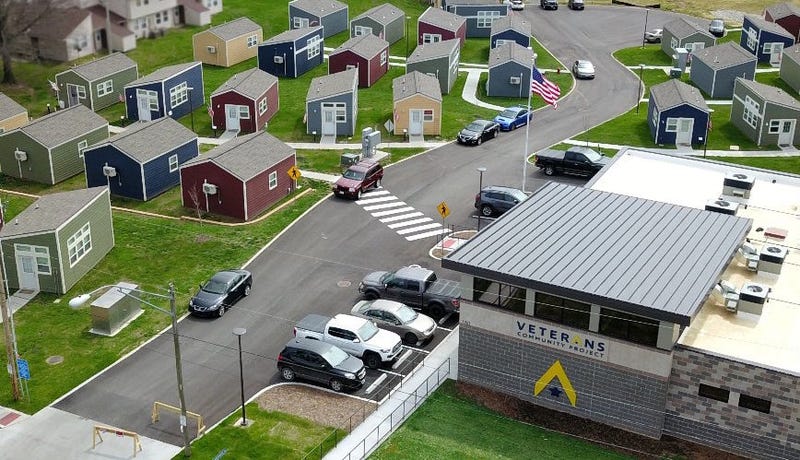 Veterans Community Project (VCP) created its first VCP Village outside of Kansas City in 2018 and this one in St. Louis would be modeled after it. 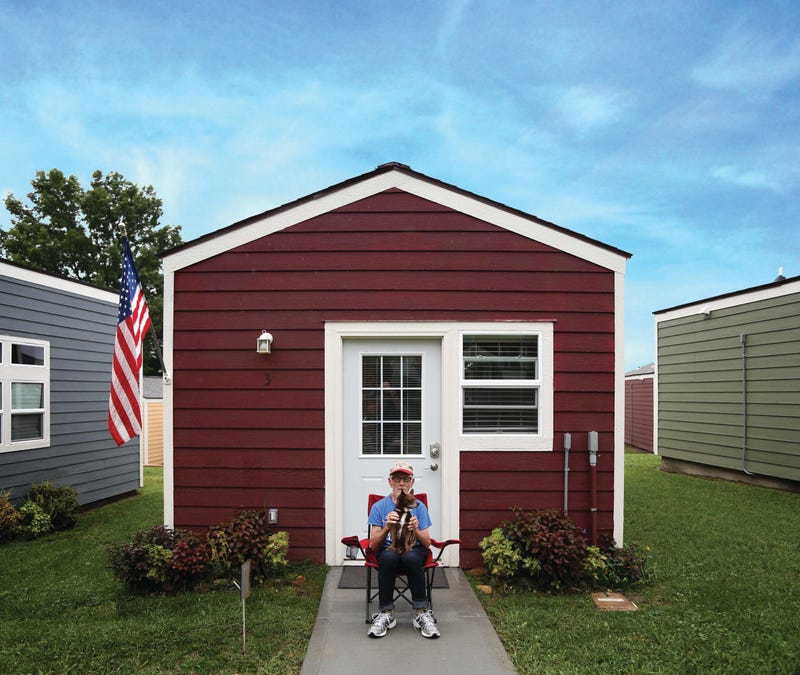 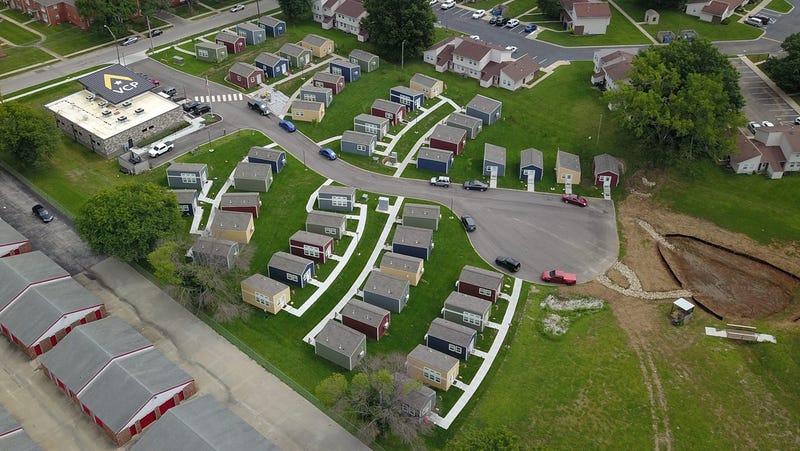 The St. Louis site will have 50 tiny homes, a walk-in clinic and community center. VCP says it costs about $15,000 to house a veteran, but all of their costs are covered by private donations and corporate funding.

“We don’t charge any rent,” said former Missouri Secretary of State Jason Kander, who leads the organization’s expansion efforts. “The average stay is 262 days but we don’t have a cap.”

The St. Louis homes will be located on a mostly vacant site at North Grand Boulevard and Aldine Avenue. They would serve as transitional housing for occupants.

This is what you’ll find at N Grand Blvd. at Aldine Ave. today.

But in just a few weeks, we’ll be breaking ground on a new tiny house village for our homeless veterans.

An amazing transformation of physicals space and the lives who will call it home.https://t.co/ZFXn7bjpSa pic.twitter.com/fzrGBn3PRp

The campaign's founder and CEO, Bryan Meyer, says ground-breaking and a dedication ceremony on the project is expected later this month.

The St. Louis Board of Aldermen’s Ways and Means Committee approved a $250 purchase of the vacant lot on Tuesday.

Our mobile tour house is now Cardinals red and almost ready for St. Louis! Special thanks to Pastor Buhman from First United Methodist Church in Kearney and AJ Freymuth for lending a hand. She’s a beauty!

Mayor Lyda Krewson tweeted in full support of the project saying she's "proud to partner with Jason Kander & Veterans Community Project to help tackle this serious issue facing those who served our country."

Plans are underway to serve Veterans in 8 communities by 2022.