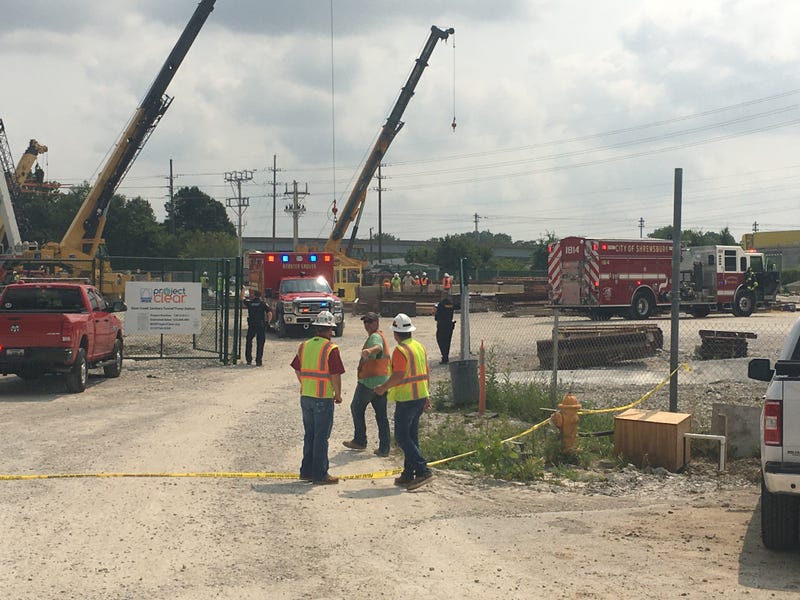 SHREWSBURY, Mo. (KMOX) - Multiple workers were injured after being trapped 160 feet down a massive tunnel and pinned under a concrete form. The incident happened Wednesday morning in the Deer Creek Tunnel in Shrewsbury.

The contracted employees were working for the Metropolitan Sewer District. There were seven workers rescued from the tunnel, with three trapped under a 3,000-pound concrete form that was being lowered down. One worker went to the hospital with a minor injury and two others who were injured were treated at the scene and didn't need further medical attention.

Authorities say when the material was being lowered down to the workers in the well it slipped and nearly fell on a worker's leg. It took about 30-40 minutes for the crane to lift that form which had three workers trapped.

Live video from Fox 2 shows the massive tunnel the workers were inside:

The Deer Creek Tunnel is expected to be completed in late 2022 and will provide relief to the Clayton, Richmond Heights, Brentwood, Maplewood, Webster Groves, and Shrewsbury communities as a new wastewater overflow system. It stretches about 3.9 miles and is about 150–250 feet below ground.

The tunnel runs from Shrewsbury, under the Saint Louis Galleria and to the north side of Clayton Road.

The site will be shutdown until an OSHA investigation can be completed.