ST. LOUIS (KMOX) - There were two officer-involved shootings in St. Louis within a 12-hour period this week. One, witnessed by KMOX host Dave Glover, had a suspect firing at police from the sunroof of a moving vehicle.

On Wednesday around noon, a vehicle with expired temporary license tags made a u-turn on Jefferson Avenue near Russell Boulevard. It passed an unmarked police vehicle with two undercover officers inside, who were wearing ballistic vests marked "POLICE." A suspect stood outside the silver SUV's sunroof and fired shots at the officers.

"The guy is up, like out of the sunroof with a rifle, shooting," Glover said on The Dave Glover Show Wednesday afternoon. He saw the chase as it was heading north on Jefferson and into downtown. He was in a store with an employee who also saw it.

"I'm standing right at the front, doors are wide open and the young guy was helping me, we're talking and laughing and then hear, pop, pop, pop, pop, pop," Glover said. "He dives down."

The pursuit ended at the walkway to the Gateway Arch on Memorial Drive in downtown. Police say the suspects were then taken into custody without incident. 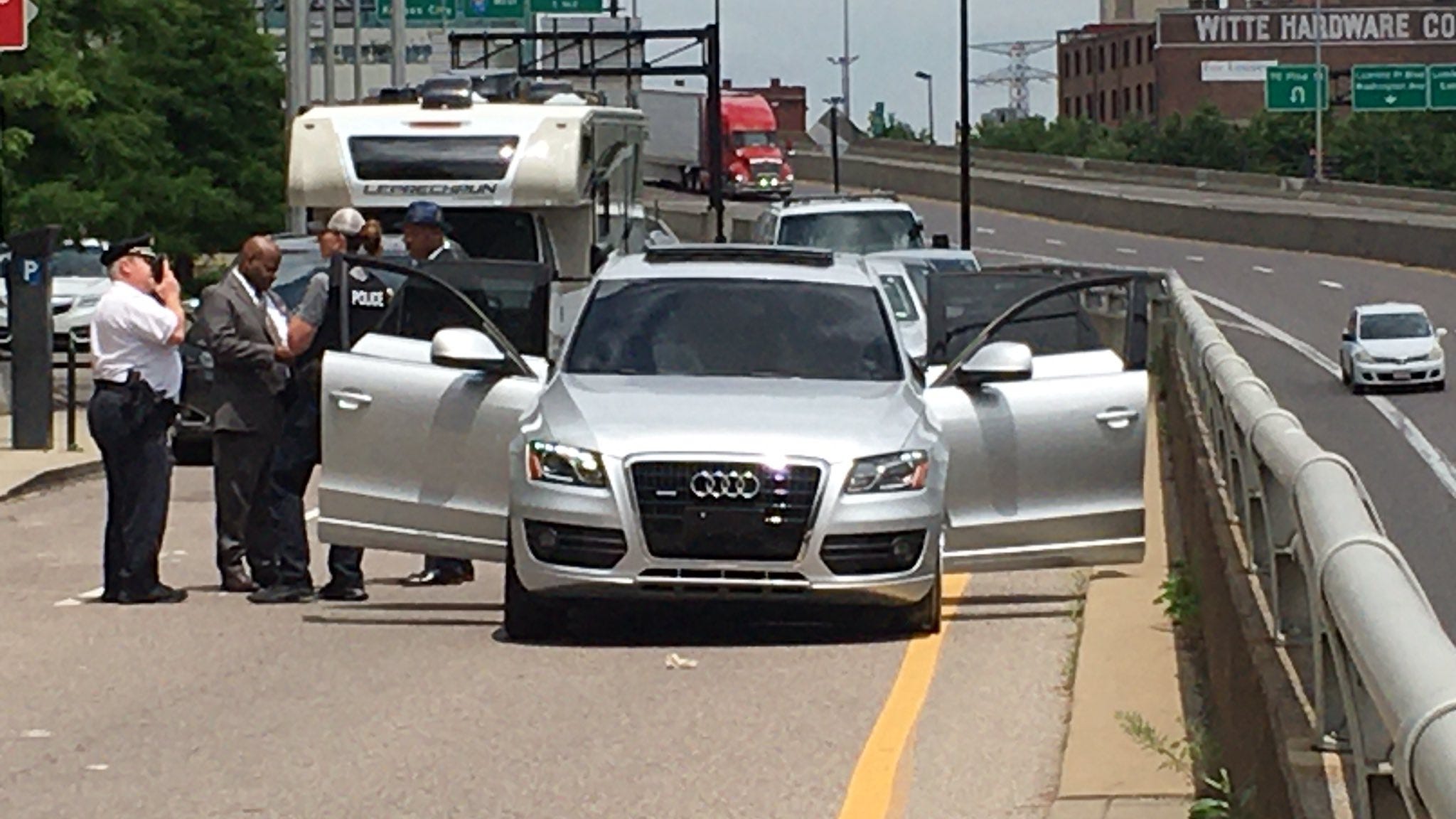 The other incident happened Thursday morning, three people are in custody for the unrelated incidents and no one was hurt in either case. Police were working undercover in plain clothes and unmarked vehicle in both cases.

An incident Thursday around 1 a.m. was a rolling gun battle near Goodfellow Boulevard and Lalite Avenue in the Walnut Park West neighborhood. A man standing near the street began firing at an unmarked police car as it was following two other suspect vehicles that were exchanging gunfire.

The officer pulled over, exchanged gunfire with the suspect who jumped into a car and drove off. Police say the car was later found wrecked and the suspect was arrested.

The Force Investigation Unit is following both cases.