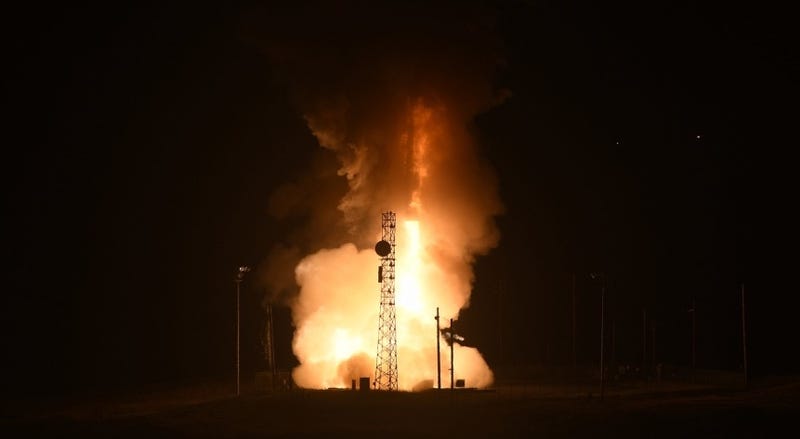 Able Archer was a routine NATO training exercise conducted in 1983, with one exception: the Russians were so concerned about it that they spun up for an imminent nuclear war, and NATO didn't see it coming.

Able Archer has been examined as a case study in nuclear security and escalation for decades, and newly declassified documents reveal just how close the world came to thermo-nuclear war.

Lt. Gen. Leonard Perroots served as the assistant chief of staff for intelligence for the U.S. Air Force in Europe during Able Archer 83 and later went on to command the Defense Intelligence Agency. Prior to his retirement in 1989, he wrote a letter to the heads of the intelligence community. This in turn put the gears in motion for a full-scale investigation led by the president’s Foreign Intelligence Advisory Board, according to the documents published by the National Security Archive.

With Perroots' letter and the resulting investigation largely declassified, it is now apparent that the world dodged nuclear war in part by happenstance and instinct rather than informed deliberate decision making. The Soviets believed that the exercise may have been a ruse for a real-world pre-emptive nuclear attack. At one point they had their bombers on a 30-minute standby. Upon receiving this news, Perroots made the decision to deescalate.

Perroots and the other NATO officers running Able Archer, "acted correctly out of instinct, not informed guidance, for in the years leading up to Able Archer they had received no guidance as to the possible significance of apparent changes in Soviet military and political thinking," one of the declassified documents published by the National Security Archive reads.

One of the reasons why Perroots penned the letter in 1989 and made a lot of noise about Able Archer was he felt he did not have all of the information he needed to make decisions about the exercise, information that the CIA and allied intelligence services did have from their human intelligence assets but that information was siloed by the classification process, according to the documents.

At that point, the general was, "on a soapbox … whenever I could discuss it at the appropriate classification level. I spoke to the Senior Military Intelligence Officers’ Conference (SMIOC), and I buttonholed a lot of people,” the documents reveal.