ST. LOUIS (KMOX) - Sen. Josh Hawley says it's a "lie" that he incited a riot or was trying to have Joe Biden's victory in the 2020 presidential election overturned. The senator from Missouri spoke to KMOX on Wednesday in his first local interview since the violent storming of the U.S. Capitol.

"I never said that the goal was to overturn the election," Hawley says. "That was never the point and that was never possible."

.@HawleyMO says he was never claiming @JoeBiden
was an illegitimate winner of the election.

“This was never about overturning the election … It is about what some of these states did (during the 2020 election).”

He says his push to challenge the results of the Electoral College results 2020 was about "election integrity." 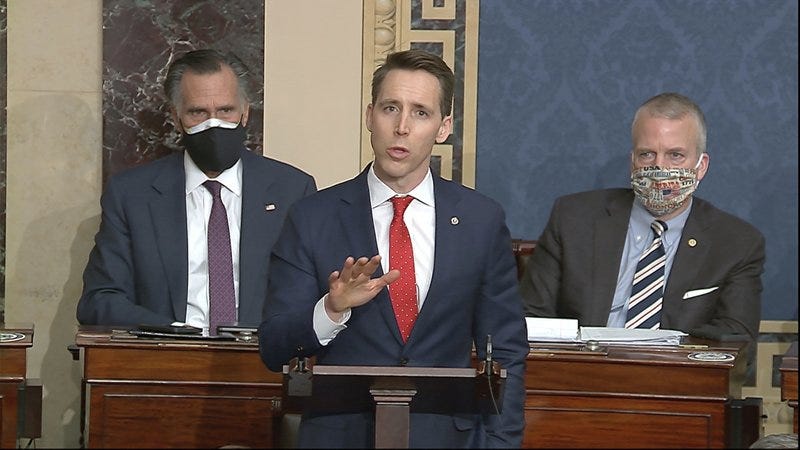 'I will not bow to a lawless mob': Hawley, facing fallout, blames media, D.C. ‘establishment’ Sen. Hawley wants investigation of Dems who want him investigated

Some are calling on him to resign or be kicked out from office and claiming he helped incite the riot on Jan. 6 at the U.S. Capitol that resulted in the death of five people and forced some lawmakers and their staff to shelter in fear of their lives.

“It is a lie that I incited violence or that he (Ted Cruz) incited violence.” - @HawleyMO talking with @MarkReardonKMOX on @KMOXNews this afternoon discussing the riot at the U.S. Capitol on January 6th. #KMOXRewindhttps://t.co/CW8qdaF3Uq

"That's just a lie," Hawley says. "That is a lie told by the left-wing mob that now wants to silence me and Ted Cruz and 140 House members and 13 Senators and anybody who would dare stand up to them. Anyone who is a Trump supporter who refuses to bow the knee. And I'm just not gonna be silenced. 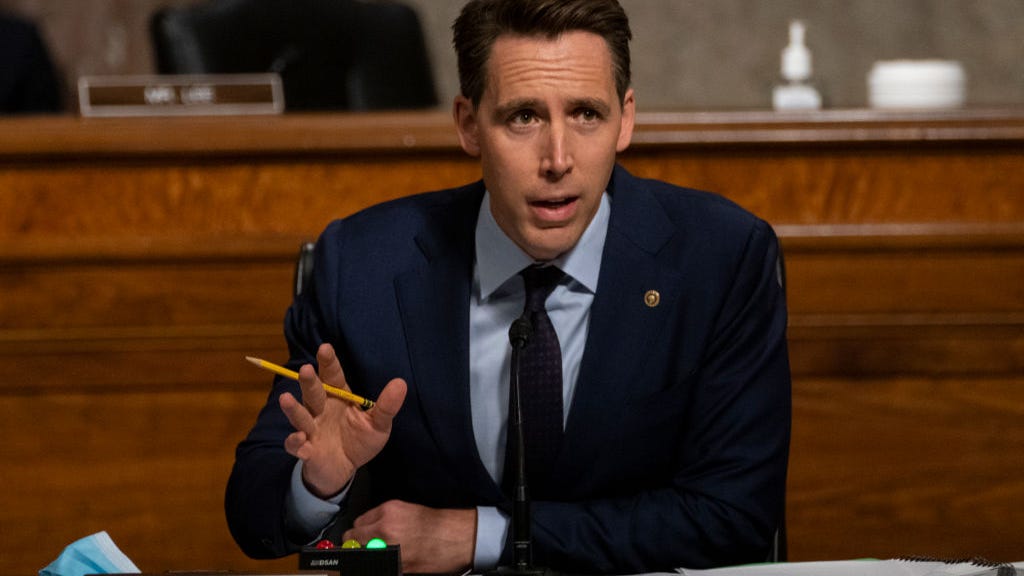 He was also asked about why he made gesture with a closed fist to the Trump supporters around the U.S. Captiol, before it was violently stormed on Jan. 6.

"I gesture and wave and greet people all the time," Hawley says.