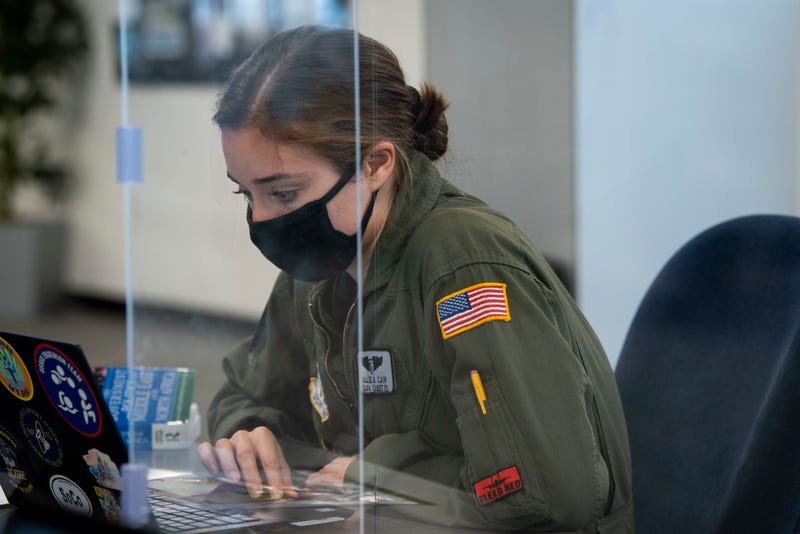 A cadet at the U.S. Air Force Academy studies online at McDermott Library. The spring semester at the Academy began last week via online learning after thousands of cadets returned from their holiday break, Jan. 5-7, 2021. Whether studying online or in a classroom, the Academy is dedicated to providing cadets with secure, cutting edge high-speed internet access. Photo credit (U.S. Air Force photo/Joshua Armstrong)
By Elizabeth Howe, Connecting Vets

In December of last year, more than 70 West Point cadets were accused in the military academy’s largest cheating scandal in 45 years.

Nearly 250 cadets from the Air Force Academy have been accused of various forms of cheating when the institution partly transitioned to remote learning last spring. The academy is now working to remove or reprimand the students accused. Air Force Magazine first reported the story.

West Point’s last cheating scandal 45 years ago also did not surpass the AFA’s latest numbers. In 1976, more than 150 students were accused of conspiring to cheat on a take-home electrical engineering exam.

The Air Force Academy has not attributed the cheating scandal to COVID-19, and West Point specifically expressed that COVID-19 was not the cause of its scandal.

“West Point's honor code and character development program remains strong despite remote learning and the challenges brought by the pandemic,” Lt. Col. Christopher Ophardt, an academy spokesman, told The Washington Post in a statement in December.

The Coast Guard Academy and the Naval Academy have yet to throw their hats into the cheating scandal ring.