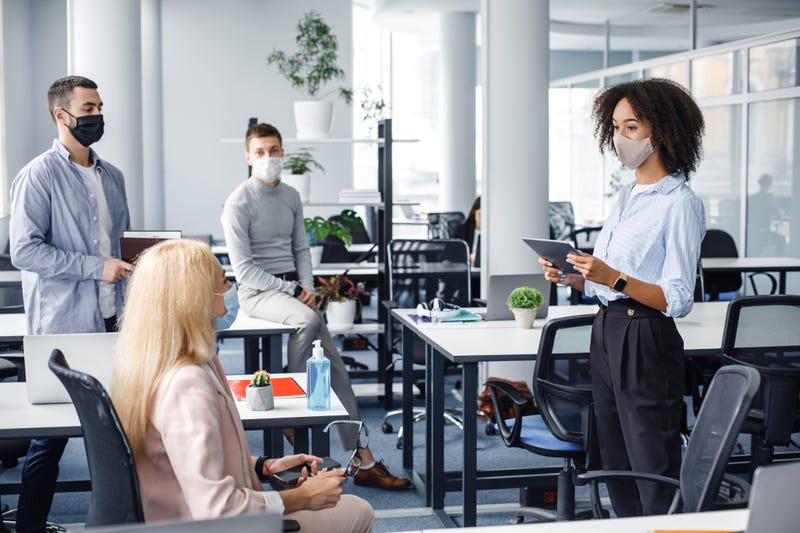 Although the U.S Bureau of Labor Statistics September jobs report showed than less people than expected were returning to work, one expert says he is already seeing “boomerang” employees return to their old jobs.

Anthony Klotz, a professor of management at Texas A&M who coined the term “The Great Resignation” regarding people quitting jobs amid the COVID-19 pandemic, shared an example Business Insider this week of a women who decided she missed her old team after months off.

This goes along with a prediction he made to Bloomberg last year that “We're going to see lots of ‘boomerang’ employees, who a year from now miss their jobs and decide their novel isn't going as well as expected.”

Klotz said the woman from his example had an employer who welcomed her back, something that in the past may have been unlikely. With the current tight labor market, he recommends that employers embrace their ex-employees.

“Selecting employees is really, really hard to do,” he told Business Insider. “And nobody's that good at it, because I can't see whether you're going to be a good worker or not. With boomerang employees, I've seen you work, so the risk of the selection process goes way down.”

According to Business Insider, the government doesn’t track how many people are rehired by their old employers, making it hard to determine how many boomerang workers are actually returning to jobs. However, the outlet said that a survey by the employee experience platform Limeade that showed burnout was one of the top reasons people left jobs during the pandemic could back up Klotz’s boomerang hypothesis.

Today @Limeade released new research, "The Great Resignation Update," which surveyed respondents who left jobs earlier this year and have been in new roles for 3 months or more — and it turns out, the grass really is greener. https://t.co/u0pj0xjsBg #TheGreatResignation pic.twitter.com/WbFiiCxVk2

Dawn Fay, an executive at the staffing firm Robert Half, said another reason why people who left their jobs during the pandemic might boomerang back to their old employer is if the reason was lack of professional development.

“Things stalled because the world stalled,” she said. “It might not be that different if you were at this company or that company. Before you start jumping around for different things, you really want to take a step back and evaluate: What is it you're looking for?”

While Klotz recommends staying on good terms with your employer when quitting, he said that employers are now motivated to maintain a good relationship with parting employees, especially due to the tight labor market. He even encourages employers to check on employees who quit after they leave.

Business Insider estimated that the average worker has been employed at 12 different places by their mid-50s, a figure that is only expected to rise in the future. Klotz also said that both employers and employees should get ready for more “boomerang” situations going forward.