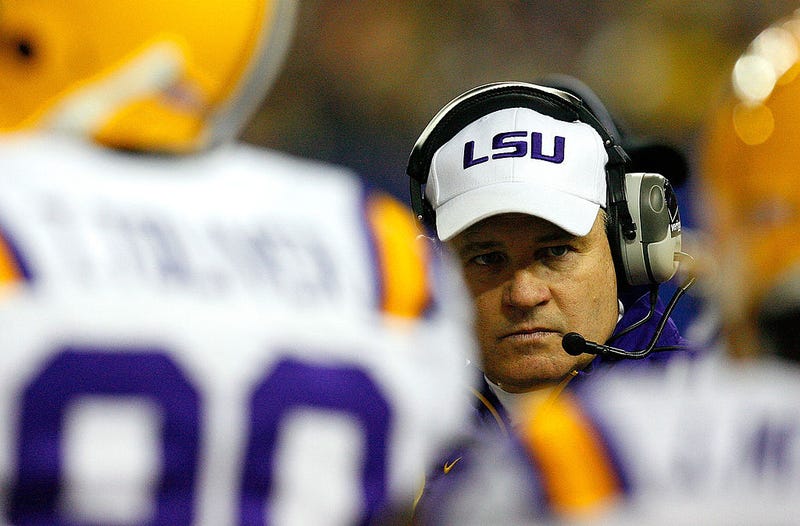 According to a report from The Advocate, current Kansas head football coach Les Miles reached a secret settlement with a former LSU student who accused Miles of harassment when he was Louisiana State’s head coach. The alleged harassment occurred about a decade ago according to The Advocate.

According to the report, Miles was reached by phone on Wednesday and said, “That’s not true.”

“As part of the Husch Blackwell review and our internal investigations, we have heard about a settlement but LSU is not a party to it and we have not seen it,” LSU spokesperson Jim Sabourin told The Advocate.

According to USA Today, Miles was investigated at LSU for allegedly sexually harassing student workers and making sexist comments.

The Advocate’s report says the settlement does not show up in a search of Baton Rouge court records.

Miles is 3-18 after two seasons as head coach of the Jayhawks.