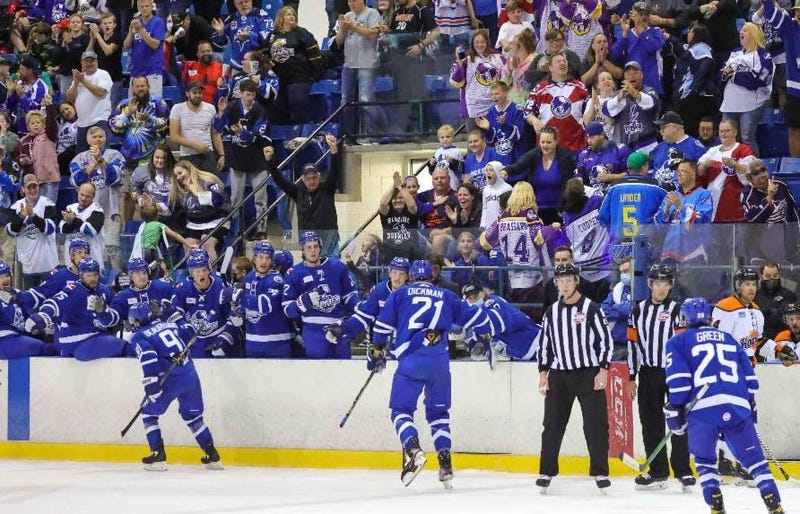 For the first time in eight years, the Wichita Thunder hockey team got a postseason win on home ice.

Wednesday was Game 2 of the ECHL's Western Conference semifinals, and the Thunder came through with a 5-2 win against the Ft. Wayne Komets at the Wichita Ice Center downtown.

The game was played at the Ice Center because Disney On Ice had rented Intrust Bank Arena, the Thunder's usual home venue; more than 900 fans packed the Ice Center for Game 2.

The best-of-five series is now tied 1-1. The remainder of the series will be played in Indiana.