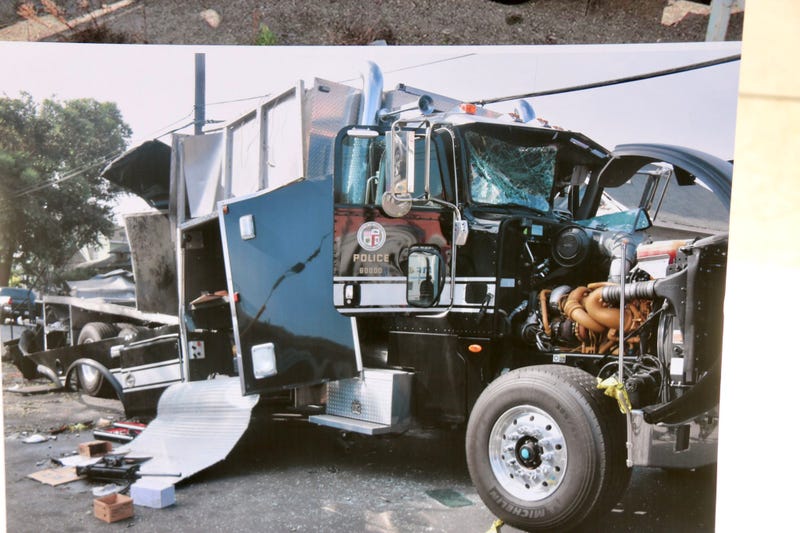 The fund will help pay for longer-term housing, home repairs and provide financial assistance. The city has also opened a one-stop help center at the 28th St. YMCA, a block from the 27th St. blast site.

Price said the explosion should have never happened in the first place. But, he added it is clear that the city is at fault.

In the meantime, the entire LAPD bomb squad is undergoing more training to prevent a repeat.

Preliminary findings indicate the bomb techs substantially underestimated the weight of the explosive material they were dealing with on June 30 and overloaded the detonation chamber.

The explosion injured 17 people and damaged 37 vehicles, 22 residences and 13 businesses.

Sweetow said the net explosive weight calculations made were "badly off."

Asked whether this was a fluke or part of a long-standing problem, LAPD Chief Michel Moore said the department needed to do additional investigation.

“That's something we’ll not know until we do further investigation as to, again, was this isolated or just the culmination of a series of earlier mistakes that fortunately the vessel was able to withstand,” he said.

Moore added it was possible the LAPD “did not recognize the errors that had been cooked into the system.”

Citing an “abundance of caution,” Morre said that every member of the bomb squad will be re-trained.

Residents want more than just retraining for officers, however. Members of the South Central Neighborhood Council are demanding action be taken against the officers who decided to explode the fireworks.

“What we are calling for is for the people who made the decision to detonate an explosive in the middle of a highly densely populated community to be fired immediately,” said the council’s Vice President Ron Gochez.

Pending additional training for officers, Moore says the bomb squad won't be doing any onsite detonations. And the LAPD's backup total containment vehicle is out of service. If they need a containment vehicle, they'll call the FBI.