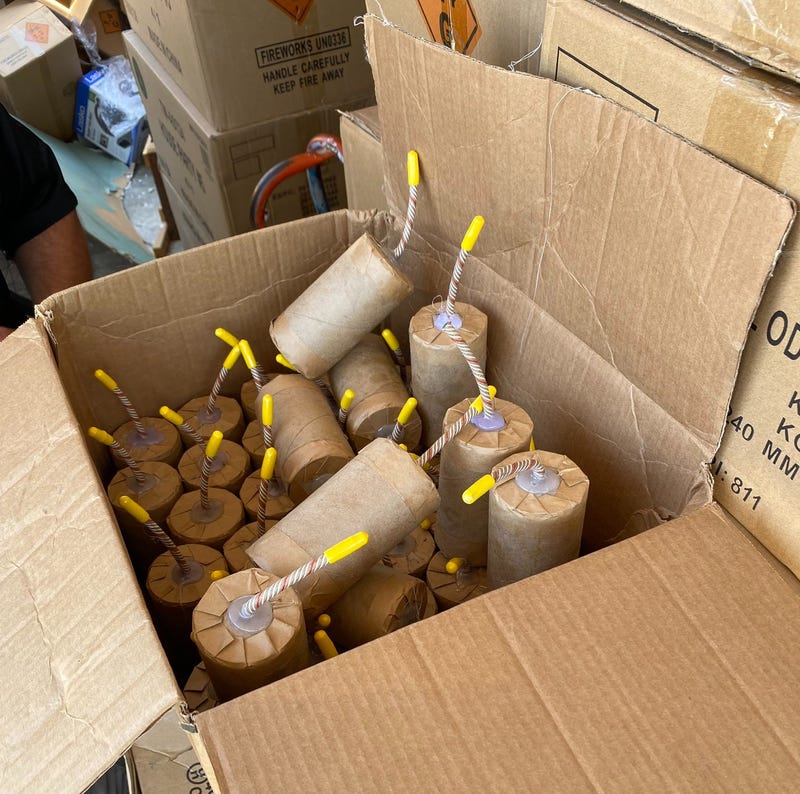 The Los Angeles Police Department’s Bomb Squad attempted to dispose of some of the approximately 5,000 pounds of fireworks they discovered by detonating them in an armored container, KNBC4 reported.

However, the force of the explosion destroyed the container and caused damage to several cars parked on the street.

It was not immediately known why the containment of the detonation of the fireworks failed.

Police arrested a 24-year-old man and discovered the fireworks at a home in the 2700 block of East 27th Street, near San Pedro Street, according to the LAPD.

The suspect's name was not released. It was not immediately clear what led up to the arrest.