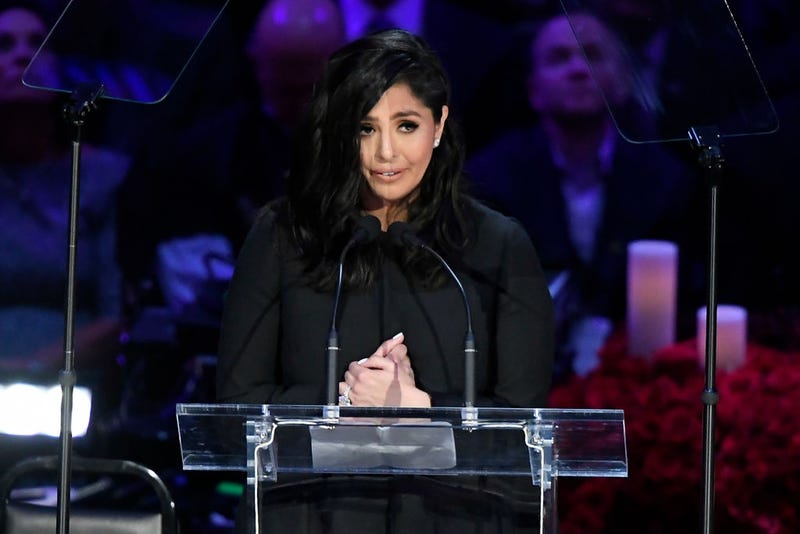 A federal judge in Los Angeles has granted a motion by Vanessa Bryant to compel depositions by both Sheriff Alex Villanueva and Fire Chief Daryl Osby in a lawsuit against the L.A. County.

The suit, filed last year, stems from Bryant’s allegations that photos of the 2020 helicopter crash that killed her husband, NBA star Kobe Bryant, and 13-year-old daughter, Gianna, were taken and circulated by L.A. County sheriff’s deputies.

In his order, U.S. Magistrate Judge Charles F. Eick determined both Villanueva and Osby were “likely to have discoverable information” and “unique, first-hand, non-repetitive knowledge” germane to the suit.

L.A. County is the lead defendant in Bryant's lawsuit alleging invasion of privacy and infliction of severe emotional distress. Villanueva and Osby are not named as defendants in the case, but the county sheriff's and fire departments are.

"Faced with a scene of unimaginable loss, no fewer than eight sheriff's deputies at the crash site pulled out their personal cell phones and snapped photos of the dead children, parents, and coaches," the suit alleges.

Attorneys for the county contend Bryant and other plaintiffs in the case, which include loved ones of others who died in the January 2020 Calabasas plane crash, “cannot be suffering distress from accident site photos” because they never saw them, and they were never publicly disseminated.