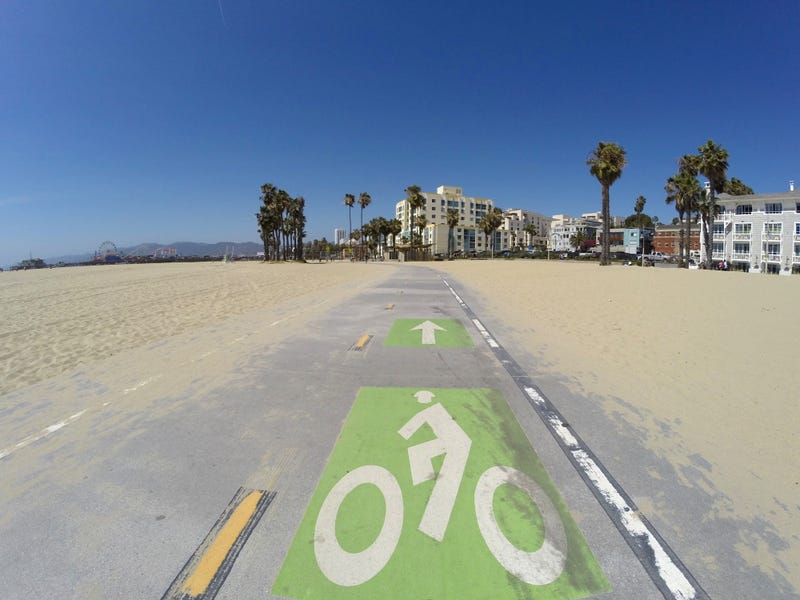 LOS ANGELES (KNX) — A 14-mile stretch of bicycle path is one step closer to completion following a Los Angeles City Council decision. In a unanimous vote Tuesday, council members voted to use eminent domain — the right of a government to seize private property for public use — in order to connect the Santa Monica Pier to USC and Exposition Park.

The stretch in question is a .28 mile path from Motor Avenue to Overland Avenue in West L.A., marked below by a red circle.

During public comment, eminent domain counsel for five of the property owners who would be affected by the project spoke out against a yes vote from the council, primarily due to the fact that what was presented Tuesday does not match up to an agreement between the property owners and the City of L.A. in 2012.

“[The agreement] also specifically provides that a sound wall will be constructed by the City that meets CalTrans' design standards — and there is no apparent sound wall in the records presented to the council [today].”

Through their eminent domain counsel, the five property owners have already sent a letter to city council explaining that the project “is not planned or located in a manner that is most compatible with the greatest public good and least to private injury.” In the letter they’ve also stated that the project “should be narrower...should be further away from client’s homes...and should have a sound wall.” 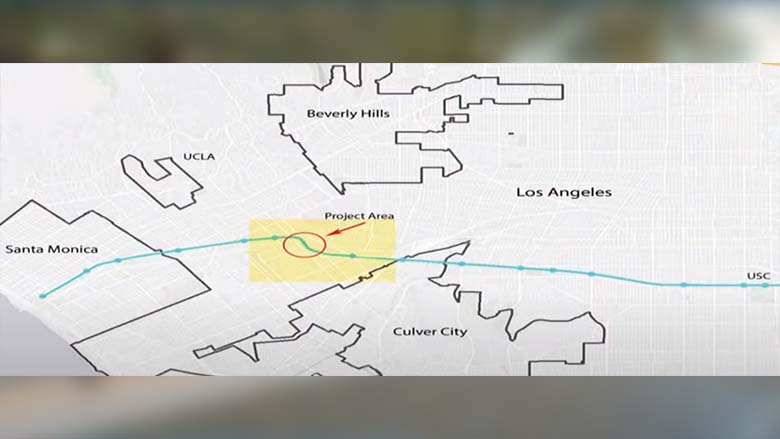 A principal transportation engineer with the L.A. Department of transportation shared images of the project with the council to help them better understand how property owners would be affected.

Councilman Paul Koretz represents the 5th district where the project is proposed, but said he would support it no matter which district it affected. 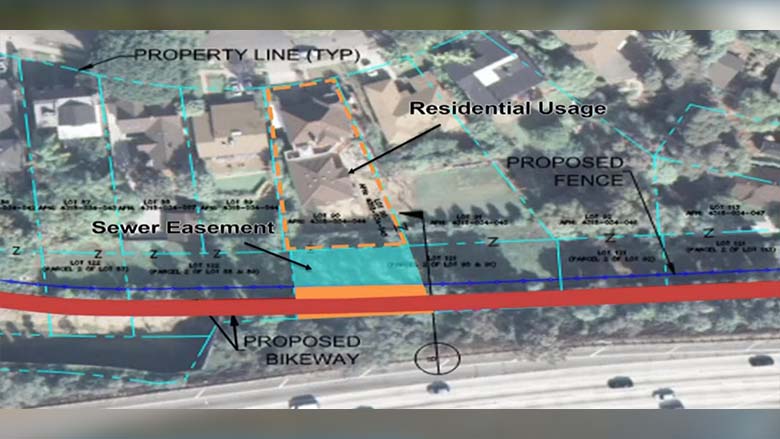 "I do understand these residents don't like the idea of giving up a portion of their properties," he said. "[But] the properties being acquired are part of a restricted use utility easement where the property owners are not allowed to build permanent structures. These residents will not be losing their original front yards or backyards or access to their garages."

Koretz went on to say that real estate staff have "done their due diligence" in reaching out to the owners with offers and that it's "now time - finally after 12 years - to move this project forward." 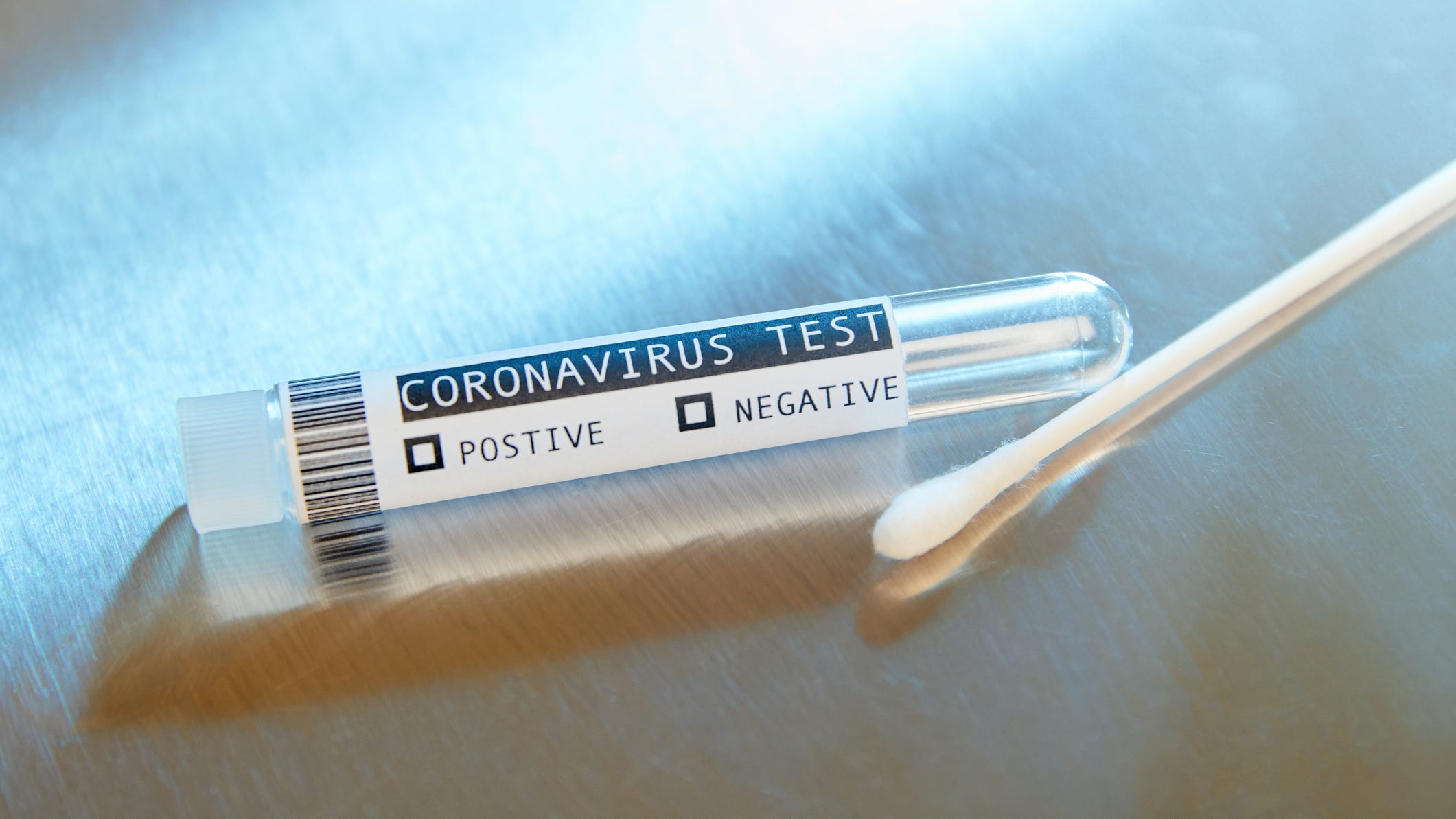