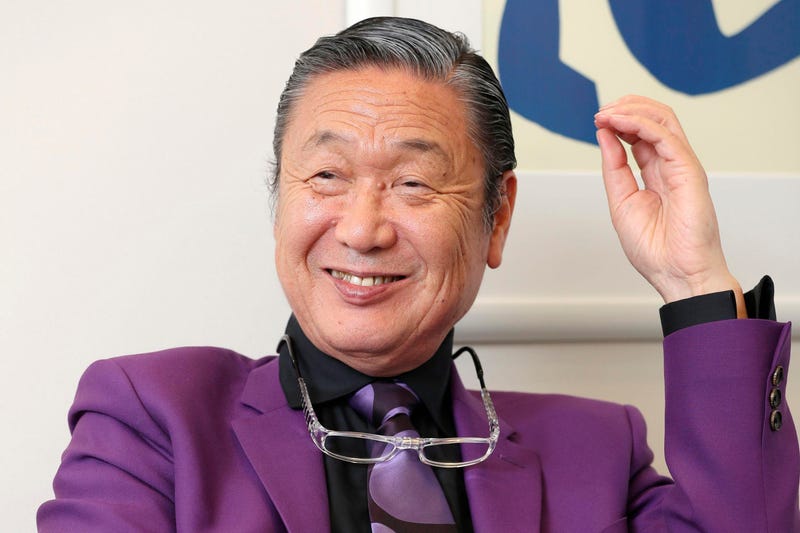 Photo credit Japanese fashion designer Kansai Yamamoto speaks during an interview in Tokyo, in May, 2017. Yamamoto, known for his avant-garde and colorful work that included flamboyant costumes of the late rock icon David Bowie has died of leukemia, his company said on Monday, July 27, 2020. He was 76.(Kyodo News via AP)
By The Associated Press

TOKYO (AP) — Japanese fashion designer Kansai Yamamoto, known for his avant-garde and colorful work that included flamboyant costumes of the late rock icon David Bowie, has died of leukemia, his company said Monday. He was 76.

Yamamoto developed leukemia in February and was determined to recover and come back with renewed energy, said the company, Kansai Yamamoto. He died last Tuesday.

Born in 1944 in Yokohama, near Tokyo, Yamamoto debuted in 1971, becoming the first Japanese fashion designer to hold a show in London. He became internationally known for blending traditional Japanese motifs with brilliant colors and bold designs.

He contributed to collections in Tokyo, New York and Paris for nearly two decades until 1992 and produced the “Kansai Super Show” and “Nippon Genki Project."

Yamamoto, who sought a career in engineering before turning to fashion, also demonstrated his talent in designing venues and organizing social events for the 2008 G-8 summit in Toyako in northern Japan. He also won awards for his interior and exterior design of the Keisei Skyliner train connecting Tokyo and Narita International Airport.

“'Human energy is limitless' was his motto he would never let go, and he bravely kept challenging no matter how hard the situation," his company said in a statement.