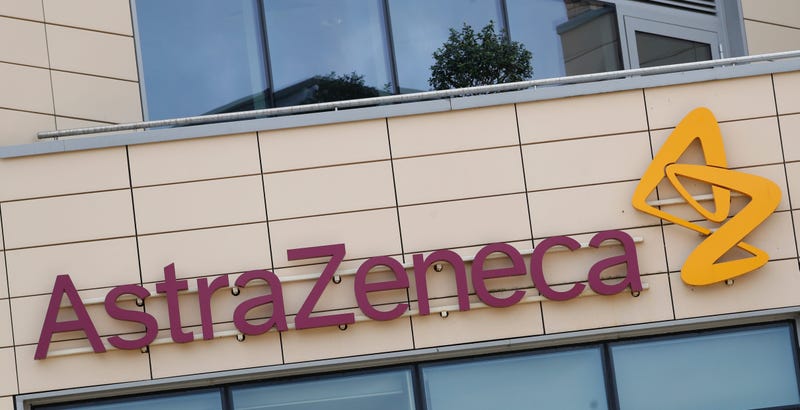 Photo credit FILE - This Saturday, July 18, 2020 file photo shows a general view of AstraZeneca offices and the corporate logo in Cambridge, England. Oxford University says on Saturday, Sept. 12 trials of a coronavirus vaccine that it is developing with pharmaceutical company AstraZeneca will resume, days after being paused due to a reported side-effect in a patient in the U.K. The university said in large trials such as this “it is expected that some participants will become unwell and every case must be carefully evaluated to ensure careful assessment of safety.” (AP Photo/Alastair Grant, file)
By The Associated Press

LONDON (AP) — Oxford University announced Saturday it was resuming a trial for a coronavirus vaccine it is developing with pharmaceutical company AstraZeneca, a move that comes days after the study was suspended following a reported side-effect in a U.K. patient.

In a statement, the university confirmed the restart across all of its U.K. clinical trial sites after regulators gave the go-ahead following the pause on Sunday.

“The independent review process has concluded and following the recommendations of both the independent safety review committee and the U.K. regulator, the MHRA, the trials will recommence in the U.K.,” it said.

The vaccine being developed by Oxford and AstraZeneca is widely perceived to be one of the strongest contenders among the dozens of coronavirus vaccines in various stages of testing around the world.

British Health Secretary Matt Hancock welcomed the restart, saying in a tweet that it was “good news for everyone” that the trial is “back up and running.”

The university said in large trials such as this “it is expected that some participants will become unwell and every case must be carefully evaluated to ensure careful assessment of safety.”

It said globally some 18,000 people have received its vaccine so far in Britain, Brazil and South Africa. Around 30,000 volunteers are being recruited in the U.S.

Although Oxford would not disclose information about the patient's illness due to participant confidentiality, an AstraZeneca spokesman said earlier this week that a woman had developed severe neurological symptoms that prompted the pause. Specifically, t