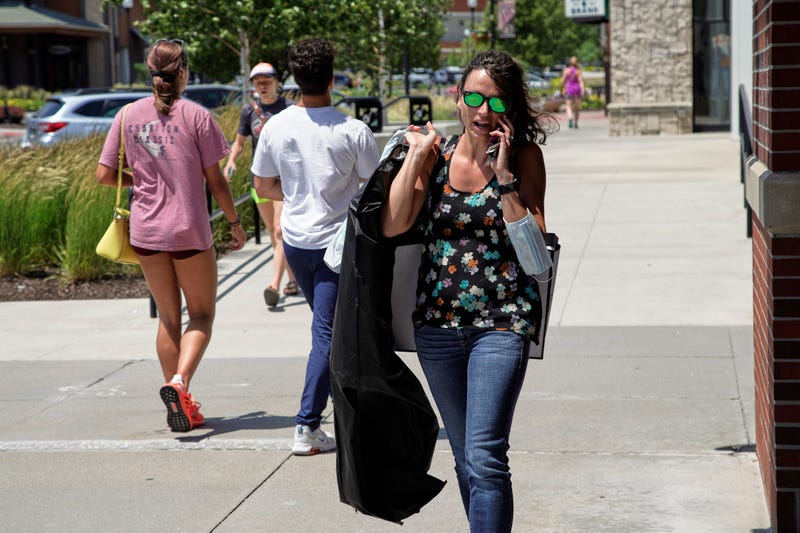 Photo credit Shoppers walk at the Village Pointe shopping mall in Omaha, Neb., Tuesday, June 16, 2020. American shoppers ramped up their spending on store purchases by a record 17.7% from April to May, delivering a dose of energy for retailers that have been reeling since the coronavirus shut down businesses, flattened the economy and paralyzed consumers during the previous two months. (AP Photo/Nati Harnik)
By The Associated Press

NEW YORK (AP) — Americans kept spending in August, but the pace of that growth is slowing as millions of people who lost jobs have now lost a $600 a week boost in their unemployment checks.

Retail sales have been recovering after they plunged in April and March as clothing stores and malls closed due to the spread of the coronavirus.

Some stores won't make it out of the pandemic. Bargain chain Century 21 said last week it's shutting down all of its 13 stores for good after nearly six decades in business. Lord & Taylor, which has been around for nearly 200 years, is also going out of business. Several others major retailers have sought bankruptcy protection, including J.C. Penney, Brooks Brothers and J.Crew.

Others retailers are thriving. Target and Walmart stayed open during the pandemic and became a lifeline for Americans stocking up on toilet paper and groceries. And Amazon’s sales soared as more people shopped online.

Consumer spending makes up two-thirds of all economic activity in the U.S., and is monitored closely by economists gauging the nation's economic health.